HEARING THE WILL OF GOD

HEARING THE WILL OF GOD 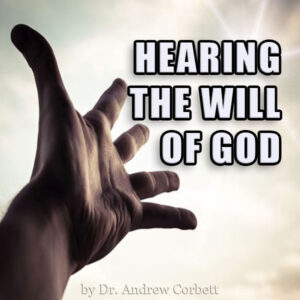 What I am about to say may shock some. I may even upset most of you who read this. But I hope that in reading this, you will hear my pastoral heart and not prejudge me before you’ve read it all — and prematurely assume that I am being unnecessarily pedantic or petty. I need to speak up about an issue that has been troubling me for some time. I have observed many people becoming disillusioned with their concept of Christianity and walking away from Christ as a result of this issue. It has split churches and even ended marriages and it’s time for someone to finally address it despite its popularity!

FIRSTLY, UNDERSTAND THAT CHRISTIANITY IS SUPERNATURAL 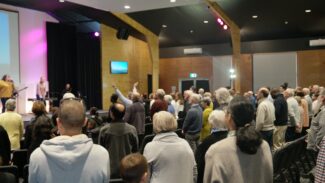 Nearly all religions are ‘dead’ religions. While these religions are characterised by various traditions, rituals, and ceremonies, there is very little ongoing supernatural interaction or experience associated with them. Such religions stand in contradistinction with genuine Christianity which is a ‘living’ religion because such Christianity is characterised by its adherents enjoying a continual and personal interaction with the Holy Spirit. This is precisely what Jesus taught us — that the Holy Spirit would lead us, guide us, and instruct us.

And I will ask the Father, and He will give you another Helper, to be with you forever, even the Spirit of truth, whom the world cannot receive, because it neither sees Him nor knows Him. You know Him, for He dwells with you and will be in you.John 14:16-17

Becoming a Christian requires a miraculous spiritual transformation whereby an alienated soul (described in the Bible as being spiritually “dead”, Eph. 2:1-5) is reconciled to God by the Holy Spirit mediating the sacrificial work of Christ on our behalf.

For if while we were enemies we were reconciled to God by the death of His Son,much more, now that we are reconciled, shall we be saved by His life.Romans 5:10

This “new life” opens up a Spirit-transformed believer to some amazing supernatural gifts of the Holy Spirit. This is why we reasonably describe genuine Christianity as supernatural.

PRAYER AS A DIALOGUE 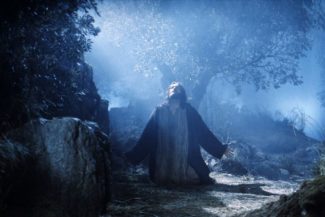 Most religions practice prayer — but Christianity views prayer uniquely. For Christians, prayer is not the merely the mindless reciting or chanting of religious phrases. Rather, prayer is talking from the heart to God. It’s not about saying certain words or phrases as if prayer required some kind of Hogwarts’ training! Rather, genuine prayer involves confessing, requesting, pleading, interceding, and worship. It is where the believer is invited by God to come close and to be transparent. Many Christians describe prayer is a dialogue with God. But this description can be misleading because the dialogue involved in genuine prayer is not necessarily, and in fact, is not usually, a matter of God talking back to the one praying in the same way as the one doing praying. (The Bible does not teach ‘listening prayer’ such as this.) Genuine prayer-dialogue is where the child of God prays, and then listens to what God says in His Word. In this way, your first aim in praying is not to hear a word from God, but to hear the Word of God! By treating prayer — and the Word of God — like this, you discover that when it comes to making important decisions in your life, the Word of God (the Bible) gives you wise counsel. This counsel instructs you to obey God’s general commands, to seek out wise counsel from trusted and proven advisors, to submit to those God has placed over you or alongside you, and to not be hasty. 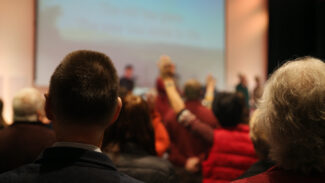 Over the years I have seen many people offer “How To Hear God” seminars and books. But nearly all of these (if not, all of these) ignore some blatantly obvious descriptions in the Bible about how God speaks to one of His children. When we search the Scriptures to study how God spoke to people we notice two outstanding things. Firstly, as CS Lewis depicted in the Chronicles of Narnia, it was very rare that God actually directly to an individual. Secondly, when God spoke, it was always clear and understandable. In the Old Testament God spoke to pagan rulers often through vivid dreams without any of them very having done a How To Hear God’s Voice Seminar! God also spoke His redemptive Word through just a handful of prophets. The Old Testament actually gave people some tests for determining whether any prophet who claimed to have heard from God was genuine or not.

¶ “If a prophet or a dreamer of dreams arises among you and gives you a sign or a wonder, and the sign or wonder that he tells you comes to pass, and if he says, ‘Let us go after other gods,’ which you have not known, ‘and let us serve them,’ you shall not listen to the words of that prophet or that dreamer of dreams. For the LORD your God is testing you, to know whether you love the LORD your God with all your heart and with all your soul.Deuteronomy 13:1-3

When a prophet speaks in the name of the LORD, if the word does not come to pass or come true, that is a word that the LORD has not spoken; the prophet has spoken it presumptuously. You need not be afraid of him.Deuteronomy 18:22

As for the prophet who prophesies peace, when the word of that prophet comes to pass, then it will be known that the LORD has truly sent the prophet.”Jeremiah 28:9 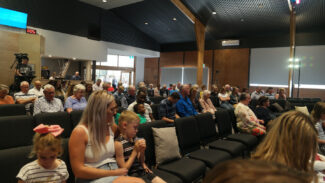 Based on these two important pieces of Biblical information you be assured of two important principles. Firstly, if God wants to speak to you directly, He will do so in an unmistakably clear way. Secondly, God rarely speaks directly with a person — yet He has given us His Word which is sufficient for us to know how to be reconciled to Him and to come to know Him and His will. (Anyone who claims to have had God speak directly with them yet openly and wilfully disobeys God’s written Word despite this encounter with God, is probably lying!) Knowing these two great Biblical principles should benefit any son or daughter of God who has felt that perhaps they have not been spiritual enough because they have not heard from God the way others claim to have; and, it should also cause the child of God to occasionally admit that they may have acted in presumption rather than on the basis of the Word of God’s instructions to seek wise counsel before presuming that “God told me to…” I have been guilty of such presumption. 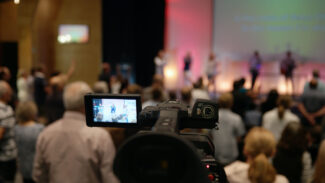 Yet there have been several significant times in my journey with Christ when I have sensed that God has ‘spoken’ to me. As I have grown in my walk with Christ I have learned that God’s wisdom for the decisions I have to make often comes from my wife, my elders, and my trusted friends. Each Sunday before I stand to speak before the church I seek God for His word for our church and for Him to speak through me to those participating in our worship service. It is often in these moments that I sense the Holy Spirit impress upon me a word, words, or a thought, that I then convey as I minister on Sunday. I have learned, and am learning, to pay attention to the impressions that the Holy Spirit puts on my heart. But rarely will you ever me say, ”God spoke to me this morning and said…” or, “God has told me that we should…” It is when people make such expressions a part of their usual vocabulary in describing their relationship with God that they are in grave danger of committing presumption and arrogance. It has been my common experience with such people that their failure to admit their presumption and face up to the fact that God did not tell them to do something has resulted in them hurting and disillusioning other brothers and sisters in Christ. I have seen marriages end because of it. I have seen churches split because of it. I have seen friendships finish because of it. And sadly, I have seen vulnerable Christians walk away from church and Christ because of it.

If you feel God is speaking to you about something, or telling you to do something, rather than publicly declaring it as so, I would like to urge you to test it and follow the principles of wisdom from God’s Word first.

BEING A CHRISTIAN IS A RELATIONAL ADVENTURE

Christianity is a dynamic (always changing) journey with the Holy Spirit. It is the Spirit within us who works within us to desire to do and pursue the will of God (Phil. 2:13). It is the illumination of the Spirit that takes God’s Word as we read, study, and meditate on it, and makes it seem fresh and alive to us. And it is the Word of God, which He, the Holy Spirit, inspired men to write so that we could clearly discern the will of God for our lives. You don’t need a word from God to know what God’s will for your life is. You don’t need to attend a “Learn To Hear The Voice of God” seminar, or to read a book on the topic. Instead, you just need to dialogue with God in prayer through pouring out your heart to Him with your requests, petitions, confessions, and thanksgiving; and then, prayerfully read His Word as the light of the Holy Spirit illuminates it to your soul.

For God, who said, “Let light shine out of darkness,” has shone in our hearts to give the light of the knowledge of the glory of God in the face of Jesus Christ.Second Corinthians 4:6

Perhaps if more believers were led by the Spirit like this, less Christian marriages would end, less churches would be split, and less Christians would walk away from Christ and His Church after becoming frustrated by the false belief that since these presumptuous Christians have apparently mis-heard God so wildly, the reason must be that God doesn’t actually exist. This is one of the most pressing issues that needs to be confronted today — especially among those of us who identify as Spirit-filled Pentecostals.

Posted by The weekly pastoral blog of Dr. Andrew Corbett at 17:47