The world was recently shocked at the story of a German man who cannibalised a volunteer victim. Journalist, Rachael Bell reports in her article, The Cannibal & the Court the following-

The media has had a field day with Germany 's first cannibalism case.

Armin Meiwes, a middle-aged computer technician, has wowed the court and the public with his bizarre confessions. He appeared relaxed and normal, despite the unusual nature of his crimes.

Meiwes has been charged with murder for sexual pleasure, which has a maximum sentence of 15 years. However, he claims that the man he killed in 2001, Bernd-Juergen Brandes, volunteered to be killed and eaten so there was no murder.

Here is how this unusual case began. Meiwes had advertised on the Internet for a well-built man who would consent to being killed and eaten. Meiwes says that there are over 400 cannibal web sites and chat rooms. Supposedly, more than 200 men responded favorably to his ad.

Brandes was one of them and they got together for dinner at Brandes' home in Rotenburg. It's hard to say whether Brandes had planned to serve his penis that night or whether it came up as an idea once the two men were together.

Meiwes claimed that Brandes wanted to have Meiwes cut off his penis. Meiwes then cooked the penis and they ate it together.
Source

The German courts convicted Meiwes and jailed him for 8 1/2 years. They regarded that what Meiwes had done was immoral despite their being mutual consent. Meiwes' legal defence team argued that Brandes was a willing participant in his cannibalism and murder, and therefore what Meiwes did was not immoral. But the courts rejected this reasoning and ruled on the basis that neither consent or democratic weight can ever make something immoral, 'moral'.

Sometimes those who propose that what is immoral should be legalised on the basis that it should only affect those who consent to it. As the German Courts rightly ruled, consent never makes an immoral act, moral. Even if certain Jews during WW2 had consented to the Nazi's gas chambers, this does not make what was done to them 'moral'.

It was during the Nuremberg trials in Germany after World War Two that another justification for legalising immorality was also soundly rejected. This was the idea that the most number of people in a society determine what is moral and immoral. At Nuremberg, SS Officers were charged, convicted and condemned for acts of immorality (referred to as "War Crimes") despite the vast majority of the German population supporting their actions and their national Government even having made their actions lawful. Opinion Polls sometimes matter. But not when it comes to what actually constitutes right and wrong. 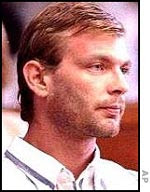 Thus when people propose that governments legalise and make lawful such things as aborting unborn humans, embryonic stem cell research, and 'voluntary' euthanasia, legislators should filter out the arguments often used to buttress these campaigns that sound like "consent makes it moral" or "the majority view makes it moral". Otherwise we could become very ethically confused if these same people start campaigning for legalised cannibalism as is happening now in some European countries.
Posted by The weekly pastoral blog of Dr. Andrew Corbett at 13:09