Lesson on Endurance from Shackleton 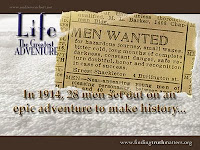 Shackleton's adventure is now remembered as one of the great stories of human endurance and true leadership. Perhaps as we enter into some of the darkest social and economic conditions the world has ever seen, God is looking for people who can endure. Christian leadership is pelletted by heart-ache, setbacks, betrayals and disappointments, but the godly Spirit-filled leader endure such things. But that's not all they do. They lead others. They don't leave people behind. 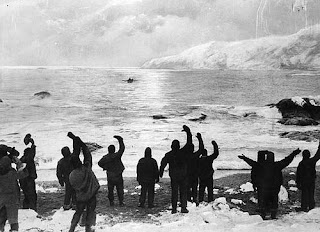 As Christian leaders stand up against the onslaught of moral breakdown - a spiralling divorce rate, a militant gay lobby, a shrill band of neo-atheists, and an economic reality check for the hordes of supporters of Word of Faith preachers (whose message of 'sanctified greed' has beguiled tens of thousands of sincere but gullible believers) it will require endurance. May God grant us this...[more]
Posted by The weekly pastoral blog of Dr. Andrew Corbett at 22:11