BEHOLD, THE MAN! - What Makes A True Man

A Theology of Manness, by Dr. Andrew Corbett 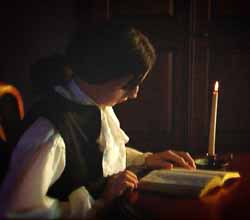 In 1719, a young recently graduated German lawyer did what many aristocratic young men do, just before they were about to embark on their diplomatic careers, and went on a jaunt around Europe. He had already been greatly impressed by the writings of Martin Luther and was persuaded by Luther’s understanding of how a man was reconciled to God through faith in the Christ. When he visited one particular art gallery he was struck by a painting that gripped him and changed his life — and quite literally, the world. 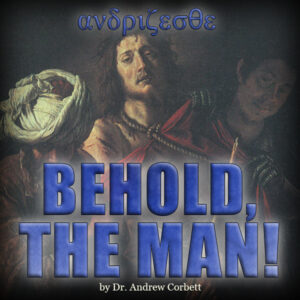 The young man was Count Nicklaus Ludwig von Zinzendorf. Ludwig, as he was known to his friends, was already a devout man by the time he walked into that art gallery and was captivated by the painting of Domenico Fetti called, Ecce Homo (‘Behold the man’). The scene was one of many that the artist painted depicting Christ being presented to Jerusalem mob by Pilate.

So Jesus came out, wearing the crown of thorns and the purple robe.Pilate said to them, “Behold the man!”John 19:5

The painting by Fetti is now located in the Bayerische Staats Museum in Munich. Its inscription in Latin at the bottom of the canvas deeply impacted Zinzendorf:

“This have I suffered for you; now what will you do for me?”

Zinzendorf had been born into great privilege in Dresden. After this encounter with Ecce Homo he determined that while he had been appreciative of what Christ had done for him in bearing his guilt and shame on the cross, the young count had done little to show his appreciation to his Saviour. The early 1700s in Europe was turbulent time. The effects of the Reformation were still reverberating across Europe and had greatly challenged the concept that Christianity was just a matter of identification (much like national identity) rather than individual spiritual conversion. The work of Wycliffe, Tyndale, Luther, Zwingli, Huss, and Calvin had demonstrated from the teachings of Christ and His apostles that Christianity was a matter of spiritual conversion mediating directly by the Holy Spirit into the soul of the repentant (rather than through a ‘sacrament’ by a priest).

In 1722 Zinzendorf gave refuge to Moravian (Czech) Christians who were fleeing persecution and permitted them to establish a village, Herrnhut on a corner of his estate of Berthelsdorf. But various Christian groups were difficult to pastor for the appointed Lutheran minister. Eventually Zinzendorf stepped in and helped them establish the rules of brotherhood after guiding them through what the New Testament taught about Christian community. The transformation was dramatic. The Moravians instituted love as their goal and bond of brotherhood. They began praying regularly together. Initially their prayers were for their fellow countrymen in Moravia. But then, as they continued to pray together, they began praying for the salvation of people much further afield. This culminated in a special combined communion service on August 13th, 1727. But something very strange happened as they met together to worship, give heed to the Word, and celebrate Holy Communion together. It was reported that as they gathered the door mysteriously opened and a wind came rushing into their gathering. Many of the gathered Moravians began speaking in tongues and crying out to God for the lost of the world. This became known as “the Moravian Pentecost” and marked the beginning of an amazing sequence of events that would change the world!

After this, several of the Moravians felt a deep burden to not just pray for the far-flung peoples of the world, but to go to them and share the gospel. Moravians sold themselves into slavery to reach the unfortunate Africans who had been kidnapped into slavery. They bought passage to the nearly settled Americas. In fact, on one of the sailings, there was a young Anglican minister travelling to America who was doing some deep soul-searching of his own when the ship he was on encountered a violent storm. As many of the passengers feared for their lives, this minister could faintly hear singing coming from the deck of the ship! Curious about who would be so fool-hardy as to be on the deck of a doomed ship in the middle of a violent storm, he peered through a hatch to observe that the group of Moravian Christians also travelling on the ship had decided to sit down on the deck of the ship and worship God together! The minister was so struck by their peace in the midst of this horrendous storm, that he later wrote about it in his journal. He saw in the Moravians a genuine faith in Christ –  a faith that he himself did not have. He wrote in his journal, “I have come to save Americans. But who will save me?” This minister’s name was John Wesley. After he returned to England from America he sought out Zinzendorf, and the rest, as they say, is history. 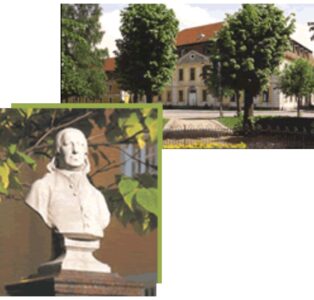 A statue of Count Zinzendorf in Herrnhut, Germany.

I deeply admire Zinzendorf. I consider him to be one of the greatest men that have ever lived and certainly one of the few men who have literally changed the course of human history. For me, Zinzendorf lived out Paul’s injunction to men that the apostle had written to the Corinthians. Corinth was a highly sexualised city. The city was nestled at the foot of Mount Corinth. At the summit of Mount Corinth was a temple dedicated to the goddess, Aphrodite – the goddess of love. Men would visit Corinth to indulge in the sexual enchantments of the hundreds of available temple prostitutes. We know from Paul’s epistles to the Corinthians that there was promiscuity, rampant fornication, adultery, and sexual abuse of children, vulnerable boys, and women happening in Corinth. It appears that in some measure there was also confusion over gender distinction since many of them had become Christians. We read in First Corinthians about the need for women to wear “head coverings” and assume that Paul is discussing points of fashion without realising that he was reinforcing the original creation mandate that God gave to man and woman (Gen 2:21-22). This original creation of man and woman made them distinct yet equal. Each shared the imago dei (image of God), but each were called to emphasize different aspects of God’s nature and were given bodies which corresponded to these distinctions. To the man, God assigned a stronger sense of justice and gave him a body that enabled him to use his physical strength to protect the woman and her offspring. To the woman, God gave her a stronger sense of nurture and a body that enabled her to nurture her offspring.

¶ Likewise, husbands, live with your wives in an understanding way, showing honor to the woman as the weaker vessel, since they are heirs with you of the grace of life, so that your prayers may not be hindered.First Peter 3:7 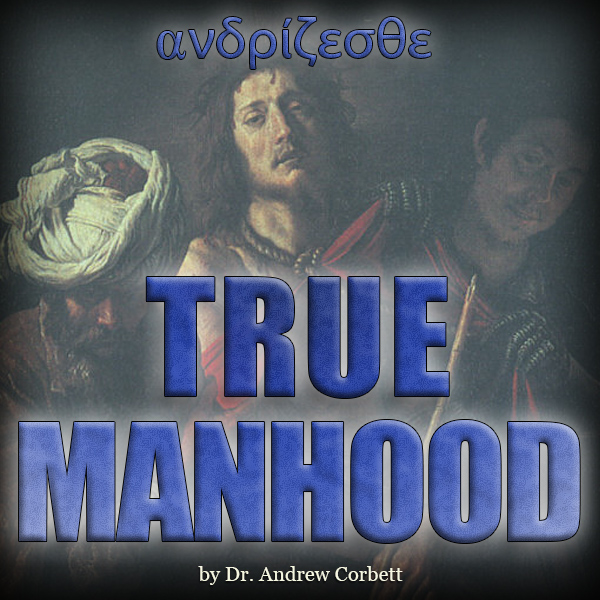 Paul concludes his ‘first’ epistle to the Corinthians by speaking directly to the men of the Church. It is clear that the Holy Spirit has preserved this for the benefit of all Christian men. It is my hope that the men of our church can exemplify what Paul told these Corinthian men.

¶ Be watchful, stand firm in the faith, act like men, be strong.Let all that you do be done in love.First Corinthians 16:13

Dr. Gordon Fee notes that the imperative (something which must be done) is written in “military language” to men. Be watchful is a military term. It echoes God’s first command to the first man to guard and keep the garden (of Eden) (Gen. 2:15). Men are thus called to use their strength to protect, not harm, women and children. Secondly, stand firm in the faith is also a military term echoing how a soldier must act when under attack from the enemy. They are to hold their position. Men are to do this when it comes to spiritual truth — despite what the cancel-cultured crowd says. Act like men reinforces the original creation mandate for men to use their God-given strength to muster the courage to be watchful and defend the truth, the right, and the good — especially when it involves the vulnerable. But, Paul concludes, men must not do this in an ugly fashion. They must be watchful, resolute, defending the truth/right/good, by using their strength, in a loving way. The greatest example of this Biblical revelation of manhood was Jesus the Christ, The Man (referred to by Paul in the previous chapter to the Corinthians as “the second Adam” 1Cor. 15:45), “the second Man” (1Cor. 15:47), “the Man from Heaven” (1Cor. 15:48). Jesus is literally, the Man. Every man should look to Jesus as the ultimate example of manhood. And this is my aspiration for my life and my pastoral hope for every man in our church — to act like men! This is something that Count Nicklaus van Zinzendorf and his band of Moravian missionaries were able to promote among the men of the community, which is yet another reason why admire him so much.

This is why I want to implement a strategy to help young boys transition well into manhood, and I need every man in our church to help me. The immediate result will be that we, the Christian men of Tasmania, actually challenge the toxic-manhood model that so many Tasmanian men have been duped into by Satan’s cunning and deceptive use of pornography as a lure in its various forms and media. The end result will be that men treat women with gentleness and respect as their equals — not as objects to be exploited or subjugated for their proclivities and gratifications. This, I hope will empower the women of Tasmania to be free to act like women and find lasting, satisfying, meaningful, life-long partnerships in the manner that our Maker has designed for human flourishing.

Posted by The weekly pastoral blog of Dr. Andrew Corbett at 16:18