GOD'S PLAN AND YOU

The Capstone of the accounts of Jesus life, ministry, and redemptive work is John’s Gospel. It is quite possibly the most profound book in the Bible. It opens with the same three words that the entire Bible commences with, In the beginning. It’s opening chapter is a collage of the fulfilment of the most important Old Testament prophecies which are introduced in the opening three chapters of the Bible. The opening chapter of the Bible deals with light being distinguished from darkness and so does the Gospel of John. What is particularly striking about the Gospel of John is just how much planning God did in order to rescue us. As we end one year and begin another let us consider that we are created in the image of a God who delights in planning and encourages us to do the same.
Commit your work to the LORD,
and your plans will be established.
Proverbs 16:3
The other month I had planned to have four weeks leave so that I could sit a Biblical Greek exam and complete my F.W. Boreham documentary series. As you know, on the first of my leave I collapsed and was bed-ridden for the first week then relatively immobile for the other three. Plans sometimes suffer delays. Delays do not mean that plans do not help us achieve intended outcomes. Yet, many people experience delays just after they have planned and then abandon their plans as if planning does not work! I still plan to master Biblical Greek and I still plan to complete the Boreham documentary project – despite the delays I have experienced.

F.W. Boreham tells the story of a young man who excitedly brought his sweetheart to a patch of ground and declared that one day they would own it! “Our kitchen will go here“, he said pointing, “and our lounge-room will go here.” Escorting her to another spot a little distance away from the layout of the house he then said, “And this will be where our fruit trees will go. And this will be where our sun-dial will go. And this is where I will be buried.”  And as Mr Boreham explained, that’s exactly what this couple did after they married and bought this land. The detailed plans for their house and yard were completed precisely even up to the point of where these owners were buried in their old age. Dr. Boreham himself revealed his grand plans to the students of Pastors’ College where he had been studying, “And it is my hope, that in the course of the ministry I shall hold three pastorates, and then be free to travel in many lands preaching the everlasting Gospel among all denominations.” This also was precisely what he did, even though his journey had more twists and turns than he could possibly have foreseen. Plans give direction.
Many of us will be starting the New Year in Genesis 1 and John 1. Both of these Biblical Books are connected by God’s great plan. In Genesis, God begins to announce it. In John, God enacts and begins to fulfil it. It is central to God’s plan that He will have a Church made up from people of every tribe, nation and language (Rev. 7:9). God’s plan involves Him working through you to bring people to know Him!
“And I have other sheep that are not of this fold. I must bring them also, and they will listen to my voice. So there will be one flock, one shepherd.”
John 10:16
When we read about the Jesus that John describes in his Gospel, we read about a Jesus who knew His Father had a plan.


Jesus was confident that His Father would complete His plan. This was despite thousands of people walking away from Him in the closing stages of His ministry, His own disciples abandoning Him and one even betraying Him, and massive opposition toward Him from those in authority. Despite this, He served His Father with great zeal. Plans always always always stand a greater chance of fulfilment when zeal (passion) is maintained,
His disciples remembered that it was written, “Zeal for your house will consume me.”
John 2:17
Do you have plans that will outlast you?


Too many people give up their lives for small dreams, small visions, and small plans. Yet the God of the Universe who planned the placement of every molecule in the Universe calls and invites you to join His Grand Plan. You might have some natural plans – take a holiday, renovate you kitchen, buy a new car, which are commendable, but none of these will go on and outlive you for a hundred generations! Yet the Father’s plan of saving lost, broken, hurting, souls through your life and witness will outlive you for eternity! This is why I am so passionate about Christ’s Church! It’s why attending church is not optional for me – it is my participation in God’s Grand Plan!
¶ I appeal to you therefore, brothers, by the mercies of God, to present your bodies as a living sacrifice, holy and acceptable to God, which is your spiritual worship.
Romans 12:1
I have plans. I plan to do what I can to further God’s Grand Plan. As a church we have plans. We plan to do what we can to further God’s Grand Plan to rescue and redeem lost, broken and hurting people. We sense God’s plan for us to reach as many as we can as a church which is why we will need to extend our facilities, appoint new leaders, commence new programs, and take greater steps of faith for Him.
Whatever your plans, give Christ your best – not your leftovers. May we make it our aim to formulate plans for our lives, our families, and our church that are worthy of the price that Christ paid to redeem us!
God often puts things into our hearts that He wants us to draw out with a plan! 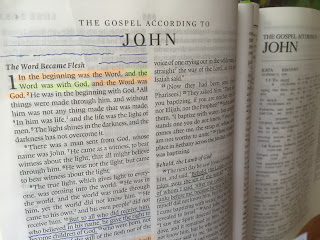 As you’re reading through John’s Gospel this January, note the subtle references to God’s plan. Observe how God planned to use a certain number of miracles. Listen as Christ delivers a certain number of messages according to God’s plan. Notice how Christ seemingly “wastes” His valuable time with certain individuals (John 3, 4 and so on). Consider that His involvement with His disciples was actually the unfolding of a plan and how this plan involves us today. There are hints within this Gospel about how we can make plans that attract the favour of God. We’ll see that plans are made and enacted prayerfully. They may experience delays. They may require detours. They nearly always incorporate what is, to us, unforeseen circumstances. And every plan must have a goal and the steps required to achieve that goal. After you’ve read the Gospel of John be sure to reflect how the Apostle himself used a plan to tell us his account and that he notes his Gospel leaves more out than it put in. And while there are some of us who have made trifling plans that keep us from God’s best for us, perhaps there are some of us who need to particularly note this last point as one of the biggest mistakes most people make with their plans is they lack focus and try to do too much. The best plans are simple. I finish with the Apostle Paul’s which involves us as well…
To me, though I am the very least of all the saints, this grace was given, to preach to the Gentiles the unsearchable riches of Christ, and to bring to light for everyone what is the plan of the mystery hidden for ages in God who created all things, so that through the church the manifold wisdom of God might now be made known to the rulers and authorities in the heavenly places.
Ephesians 3:8-10
Andrew.
Posted by The weekly pastoral blog of Dr. Andrew Corbett at 07:17