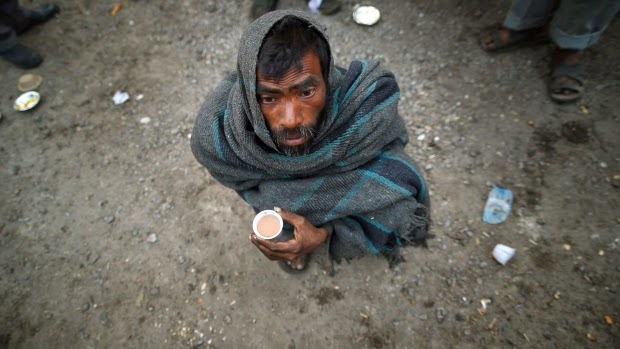 The world is increasingly becoming a global village. We now have entire media networks dedicated to potentially delivering news as it happens from anywhere in the world. Sadly, those of us in the more affluent parts of the world usually don't get the most important news offered to us. Instead, we often get dished a diet of celebrity appearances, entertainment updates, political scandals, media commentary and sporting match results. To quote Neil Postman, despite the potential of our News media to inform us and even call us to action, we are "amusing ourselves to death."

There are several websites which list the survey results of what people think are the world's greatest problems. The major problem with such surveys is that they are largely Western and almost always fueled by how the participants have been informed by their media sources. Here's a summary and ranking of the word's greatest problems, and possible solutions to them.

The word "Fundamentalism" has come to mean those who think they are right and everyone else is wrong ("Us and them"). Added to this, Fundamentalism has come to mean that Fundamentalists feel not only justified in attacking those who disagree with them, but morally obliged to do so. In it's worst form it looks like murderous terrorism. In it's more subtle forms it looks like slander of those who disagree with them. Religious Fundamentalism adds the dimension of claiming that they alone are endorsed by God to carry out these acts of terror and oppression. Typically women and children suffer under the shadow of Religious Fundamentalism. Thus, girls are treated as objects (so-called 'female-circumcision' is often inflicted on these girls and even genital mutilation is performed - this was highlighted in the movie about Waris Dirie, Desert Flower), denied an education, 'married' off as young as 13 (when their bodies are incapable of the physical implications of marriage).

Fundamentalists are not prepared to defend their positions. Rather, they merely assert their positions are right and true and resent any challenges to them. Questioning is not allowed. Other views are maligned and misrepresented. This leads to hatred of others who do not agree with them.

Dialogue is the solution. To foster the kind of international dialogue necessary to counter religious Fundamentalism and the subsequent threat of terrorism, trade, tourism, and educational exchange programs are needed.

Christians are also prone to a kind of Fundamentalism. The solution to this is found in First Peter 3:15.

but in your hearts honor Christ the Lord as holy, always being prepared to make a defense to anyone who asks you for a reason for the hope that is in you; yet do it with gentleness and respect,
First Peter 3:15

While dialogue is the starting point toward a solution, truth is the goal of such dialogue. This needs to happen at cultural, political and religious levels.

Click here to continue reading this article
Posted by The weekly pastoral blog of Dr. Andrew Corbett at 08:23