Movies With A Message

Preachers watch movies differently to most folk. We're always looking for illustrations to complement the important and sacred life-changing truths of God's Word so that the application becomes more relevant and meaningful to our hearers. For example- 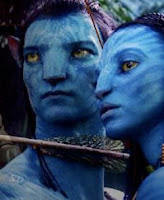 Avatar. This movie stars Sam Worthington and Sigourney Weaver. It is perhaps the greatest demonstration of computer generated graphics the world has ever seen. It explores an intriguing science-fiction idea of merging human consciousness with a created life-form. It has a message which is hyper-politically correct and exaggerates all that is stereotypically bad in human endeavour, foresters, miners, and colonisers. It champions betrayal and pantheism (that everything is God), but decries the deficiencies of human biological design. It has a very predictable ending and the movie caps off its pantheistic worldview by virtually reincarnating the hero. Lesson: Stereotypes are however not always an accurate way of forming an opinion about someone.

Sherlock Holmes. This movie stars Robert Downey Junior and Jude Law. I am actually a bit of a Sherlock Holmes fan. But this movie is about a desperately depressed hero who finds solace in his solitude and eccentricity. He revels in ungloved boxing for sport and supports a gambling addicted side-kick. Sherlock Holmes purists will find this movie slightly unrecognisable. But putting that aside, it is a story of a brilliant man who is so bored with being a genuis that he explores other interests such as solving crimes, disguising himself and figuring out how to overcome larger and stronger opponents. He uses his abilities as a scientist to debunk what appears to be a series of supernatural events. Lesson: There is a powerful message in this movie about the uniqueness of Christ's resurrection and the utter implausibility for it to be anything other than unique.

Vantage Point. This movie stars Dennis Quaid, Matthew Fox, Forest Whitaker, Sigourney Weaver, William Hurt, and Saïd Taghmaoui. One of the cleverest movies I've seen. It's a very simple plot but with more twists than an Afghan rug. Lesson: Proverbs says that the first one to speak seems right until another states his case. The clear Biblical lesson from this movie is that we should not be too qick to jump to conclusions until we have gathered all the facts.

The Prestige. This movie stars Hugh Jackman, Michael Cain, and Christian Bale. It is about a feud that gets dark between two magicians. It incorporates a fictional story with actual historical characters. It explores the bounds between conjuring, wizardry and science. Lesson: If we are just the sum of our material make-up - that is, if we are not also spiritual beings, there are no rights and wrongs.

UP. This is an animated movie. I loved this movie. Its the story of an awkward boy who grows into an old and sad man who ever pursued his childhood dream. Lesson: Don't settle for a life of mediocrity. Pursue your dreams and never give up. Take the time to get to truly know someone.

TINKERBELL. This is an animated movie. It is the prequel to the Peter Pan story. Well done Disney!  Lesson: God has given us gifts, abilities, and opportunities that we should be thankful for and use for His glory.

Paul the apostle often cited and quoted the poets of his day when he illustrated his sermons to his audiences. In Acts 17:28 he does this. The next time you watch a movie look for a redemptive illustration that you might be able to use when you witness to someone about your faith in Christ.


Lord, I pray that you would help us to sow the Gospel Seed more frequently, widely, and appropriately. May our witness provoke people to ponder the condition of their soul and their dire need for You. Help us to use movies, books, and songs that our culture know to illiustrate Your truth.

Posted by The weekly pastoral blog of Dr. Andrew Corbett at 20:02