How To Strengthen Others

INCREASE YOUR STRENGTH
¶ We who are strong have an obligation to bear with the failings of the weak, and not to please ourselves. Let each of us please his neighbor for his good, to build him up.
Romans 15:1-2
Ever been weary? I have. Weariness comes in different varieties. There’s physical weariness. There’s emotional weariness. There’s intellectual weariness. And there’s spiritual weariness. I’m pretty sure from personal experience that all four are interconnected. Two football teams can play off in the Grand Final and exert exactly the same amount of physical energy. At the end of the game one of these teams will feel energised while the other team will feel exhausted! Emotional weariness has a bearing on our level of physical strength. Would you like to know how to increase your four-fold strengths quickly and easily?
Awesome is God from his sanctuary; the God of Israel—He is the one who gives power and strength to his people. Blessed be God!
Psalm 68:35
After you’ve been married a while you experience times when you’re down and your spouse is up. Or, put another way: there are times when you’re weak, and your spouse is strong. In a marriage, these roles change back and forth. Strength is imparted between a husband and a wife with words, forgiveness, and a touch. Sometimes these strengthening touches look like your husband or wife taking you by the hand and saying, “Come on. Let’s go for a walk.” But the strengthening power of a word, forgiveness (and acceptance), and a touch don’t just work with husbands and wives to strengthen each other. It can also bring strength between family members, friends, work colleagues, team mates, and church members.
¶ Be watchful, stand firm in the faith, act like men, be strong.
First Corinthians 16:13 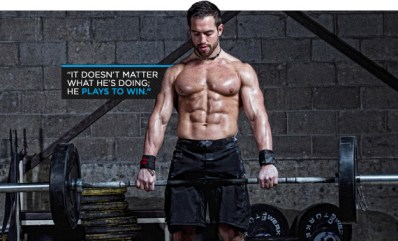 You could exercise. I probably should exercise more. What do they say? “No pain, no pain!” Or something like that? There is of course a proportional amount of gain to achieved from the pain that comes from the self-discipline of taking the time and effort to exercise. Whenever I see someone who is obviously well toned and quite fit, I have to conclude that they are a highly self-disciplined person. But physical exercise is not the only source of strength.
¶ Finally, be strong in the Lord and in the strength of his might.
Ephesians 6:10 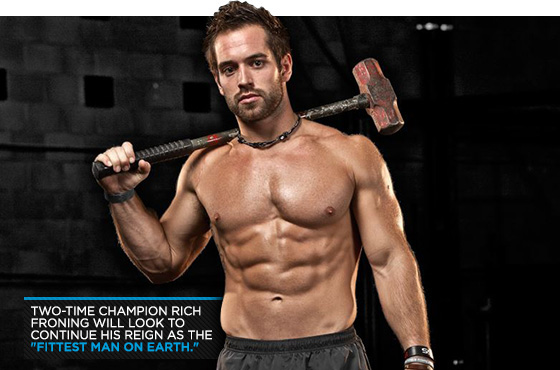 I watched a documentary on the world’s fittest man, Rich Froning, and was amazed that during a five day fittest tournament he ate pizza and drank soda! Although Rich looks like a body builder, his muscles aren’t for show – they’re for work! Each day during his physical tests of strength and endurance, he would burn the equivalent energy of several large pizzas! As I write this, Kim has just handed me a large chocolate cookie with white choc chips. According to the ABC3 For Kids Operation Ouch Doctors the other night, it takes the equivalent amount of exertion involved in running a marathon to burn off the amount of ‘energy’ found in this delicious cookie which I just devoured. That reminds me, food(if we can stoop to call anything chocolate to be “food”) is also a source of strength.
Each of the four categories of strength has its equivalent forms of exercise and food. It’s an intellectual exercise to learn a foreign language. It’s intellectual food to be taught by someone else has to speak and read that same foreign language. it’s emotional exercise to keep loving  someone who is being unkind to you, while it is emotionally nourishing to be shown love by someone.

A STRENGTH THAT COMES FROM GOD

¶ I thank him who has given me strength, Christ Jesus our Lord, because he judged me faithful, appointing me to his service,
First Timothy 1:12
The Scriptures describe and discuss a mysterious strength that comes from God. This insight helps us to see that strength might be prioritised in its interconnected order as-
1. Spiritual > 2. Intellectual > 3. Emotional > 4. Physical

Many people feel tired and run down and immediately assume that the cause is entirely physical. They may go to the gym or their GP for remedies. But sometimes all the gym or a doctor can do is treat the symptoms. The underlying cause goes untreated. Oddly, this became evident to Rich Froning, the world’s fittest man! He bombed out terribly in a fittest tournament that he was expected to win easily and this made him realise a truth he had been avoiding. Rich had worked hard to be able to tick boxes 4, 3, and 2, but realised that his spiritual life was lifeless and that it was having a dramatic effect on his intellectual, emotional, and physical well-being. He sought God and soon found the missing strength he longed for. He wanted to declare to the world his new-found faith in Christ and his commitment to Him. You’ll notice how he did this down his right side – 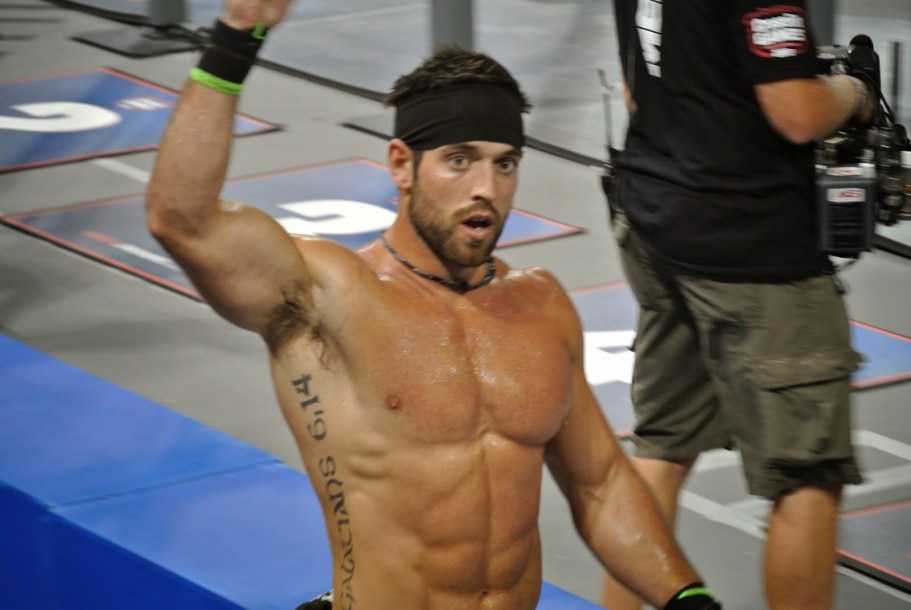 As each has received a gift, use it to serve one another, as good stewards of God’s varied grace:  whoever speaks, as one who speaks oracles of God; whoever serves, as one who serves by the strength that God supplies—in order that in everything God may be glorified through Jesus Christ. To Him belong glory and dominion forever and ever. Amen.
First Peter 4:10-11
If you need strength – and need it quickly – then the above two verses are gold! God gives strength to His people through His people!!!! If you think of God’s strength as being like magnetism. The more a paper-clip of screw-driver hangs out with a magnet, the more likely it is to become magnetised! The more you hang out with strong believers the more their strength is imparted to you! God’s design for His people to fellowship with each other is not just about accountability, it’s about imparting strength to the weary. I think our Enemy knows this. This is why he seeks to isolate believers because by doing this he can cut them off from their means of receiving God’s strength.
If you’re feeling a bit weary and the Enemy whispers slyly into your soul’s ears that it’s time to have a break from Christian community – HE’S LYING TO YOU!
Strength from God comes from asking Him for it and most commonly it comes from the strength He places within your Christian brothers and sisters who love you. You should spiritually exercise. You should spiritually eat. But in the meantime, you can spiritually be refreshed by following God’s ordained means for imparting his Grace-Strength to you through the fellowship of believers – especially strong ones. These believers can be identified in a few not so obvious ways. They don’t always look very religious. But they love God. Their love God is like the love that two people in love have. Just as people in love want to spend time with each other, the fully devoted follower of Christ wants to spend time with God. They don’t pray because they should or have to, they pray because it means they can talk with the One they love. They don’t just occasionally read the Bible. They prioritise time in God’s Word each day because it means they can read God’s love letters to them and learn His language. When they are around people they take an interest in them. Almost involuntarily, they find themselves praying for these people. No matter difficulties they are dealing with, they always seem to make you feel like your problems are their greatest concern. When you hang out with people like this, you can’t help but feel stronger yourself!
And let us consider how to stir up one another to love and good works, not neglecting to meet together, as is the habit of some, but encouraging one another, and all the more as you see the Day drawing near.
Hebrews 10:24-25
Be strong!
Amen.
Ps. Andrew Corbett

Posted by The weekly pastoral blog of Dr. Andrew Corbett at 18:58