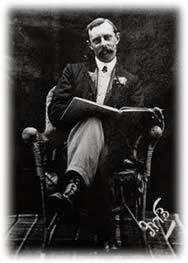 He was truly happy. It would be unfair to assume that his happiness was due to a trouble-free life. He had many troubles. But he was happy, really happy. His happiness was independent of his position and circumstances. He often reflected that life was very unfair to him - unfair in a positive way. He felt that he didn't deserve the many blessings he enjoyed. His life stands to this day as one of the greatest testaments to achievable happiness that any person has ever attained. And what he discovered is little known today, but ready for anyone to enjoy.

Happiness is all too elusive for most people. It needn't be. He not only found it, he learned how to share it. When he was just months old a wandering gypsie woman came up to his pram, picked up his little hand, and prophesied over him. Her prophesy was remarkably fulfilled. Despite his many obstacles nad his painful accident, he would go on to bring joy and great happiness to millions of people for decades and decades. 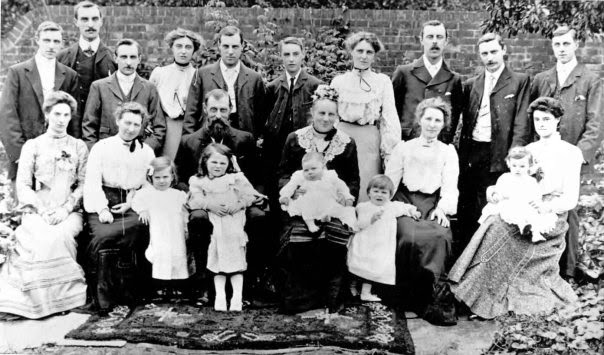 He was the eldest of eleven children. Big families tend to shape a person in a certain way not seen often seen now. As a youngin', he had a love for nature and books fostered in him by a loving father. Those who recognise the ingredients of happiness will have detected something vital in what I've just said. He graduated from his small high school when he was just 14 years old while it took others another few years to do the same. He describes his school days as "happy". This came at a cost though. He as now required to contribute to the household. At around 15 he became a clerk. He was happy at work. He found his work relatively easy. His eager mind craved more and wandered. His craving was satisfied by night school. His wandering was satisfied with his day-dreaming. He was happy.

He was day-dreaming when tragedy struck. Others said that tragedy struck because he was day-dreaming. Either way, the accident severed his right leg just below his knee. Medical treatment in the late 1800s was crude and it was touch and go as to whether he would even survive the contracted septicaemia. Doctors eventually gave up hope and told his parents so. After a passionate full morning of prayer by his earnest mother, he miraculously regained consciousness. It was a Catholic Sister whom he first laid eyes on and although he was only 15 and she was nearly 40, he was so happy to know that someone had so carefully tended to him that he fell in love with her instantly.

in every way and everywhere we accept this with all gratitude.
Acts 24:3 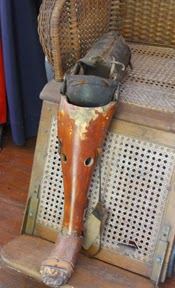 Even with his right leg gone, he was happy. Happy to be alive. Happy to go on in life. Another ingredient of happiness. But at 16 he was forced to leave his family home and move to, the then, world's largest city. He arrived and marvelled. But he felt lost. A sense of loneliness the like of which he had not known. Despite being happy he knew something was missing. He became aware of his utter lostness. He heard a street preacher tell him of the God who loved him and offered to save him, forgive him, adopt him, and use him. It wasn't at that moment. It was later. He didn't do it to become happy. He was already happy. He gave his life to Christ in the quietness of his own company - but not that it was a particular moment. It seemed to him to be process. He now had a new reason to be happy. He joined a church and was baptised. He was now 18. A strange thing happened to him after he arose from the baptismal water. The pastor and elders gathered around him, laid hands on him, then bade him to "receive the Holy Ghost". A strange thing immediately occured. He felt an unfamiliar sensation of power, purpose, and presence. He experienced a new happiness. He describes it in his autobiography as if he was now walking a foot above the ground!

You have put more joy in my heart
than they have when their grain and wine abound.
Psalm 4:7 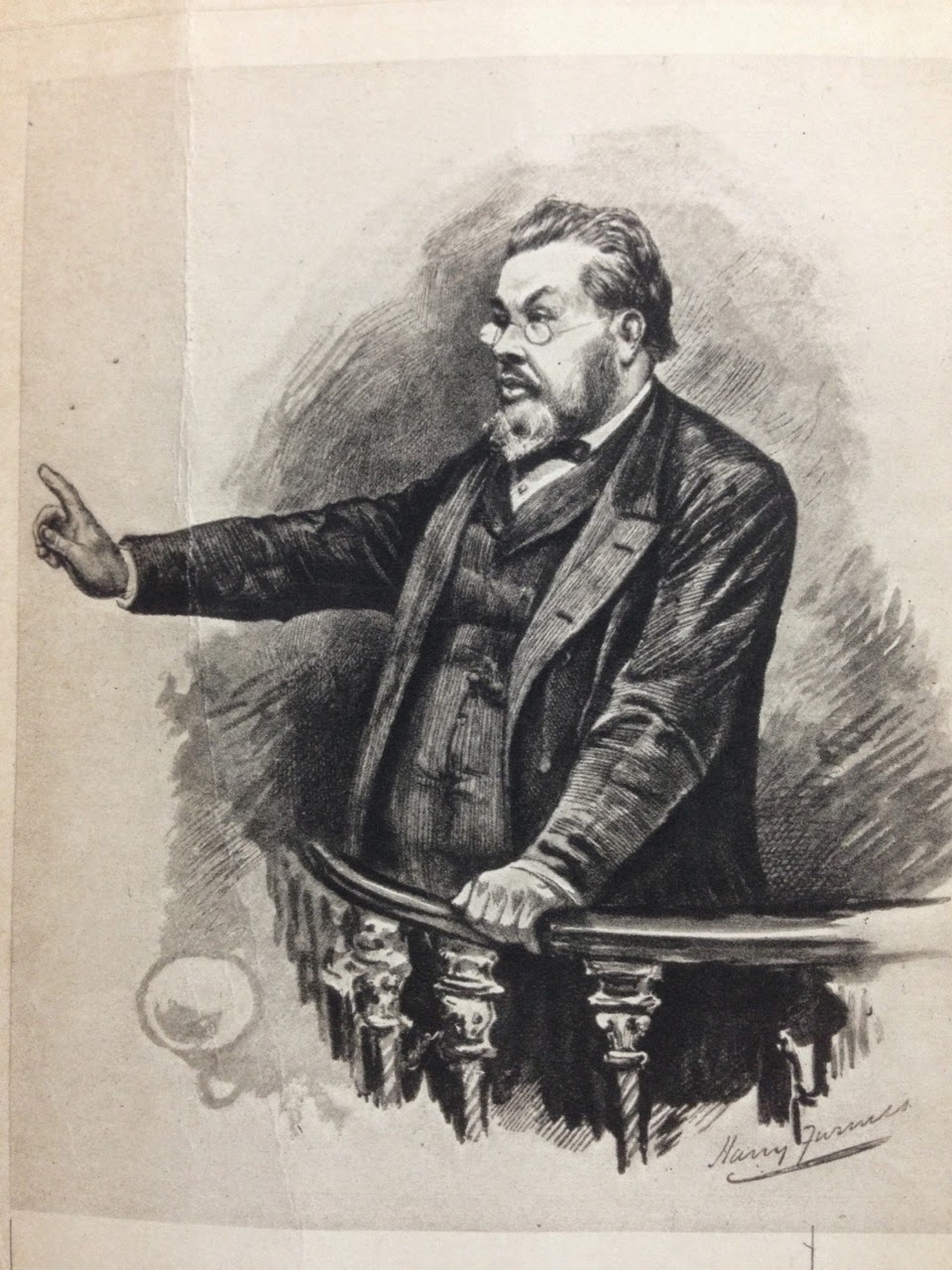 This stirring grew. He felt that he was called. He began to suspect that the gypsy, who spoke those prophetic words nearly twenty year earlier, may not have been what she initially appeared to be. He began to follow his heart. His heart held a pen. His words soon appeared in newspapers. His heart held a Bible in one hand and a pulpit in another. He was invited to speak alongside that street preacher who had made such an impression on him. His first sermon lasted seven minutes. No one was saved. But he discovered a new level of happiness as a result of his attempt. He continued this for several months. Eventually dozens gathered around him regularly on the street corner to listen. One of those intrigued from a distance was known as 'the Prince of Preachers'. He kept an eye on this happy chap.

The Prince then made his move. He became the young man's benefactor. This was the last thing the Prince did. He died days later and over 30,000 mourners attended his funeral procession. 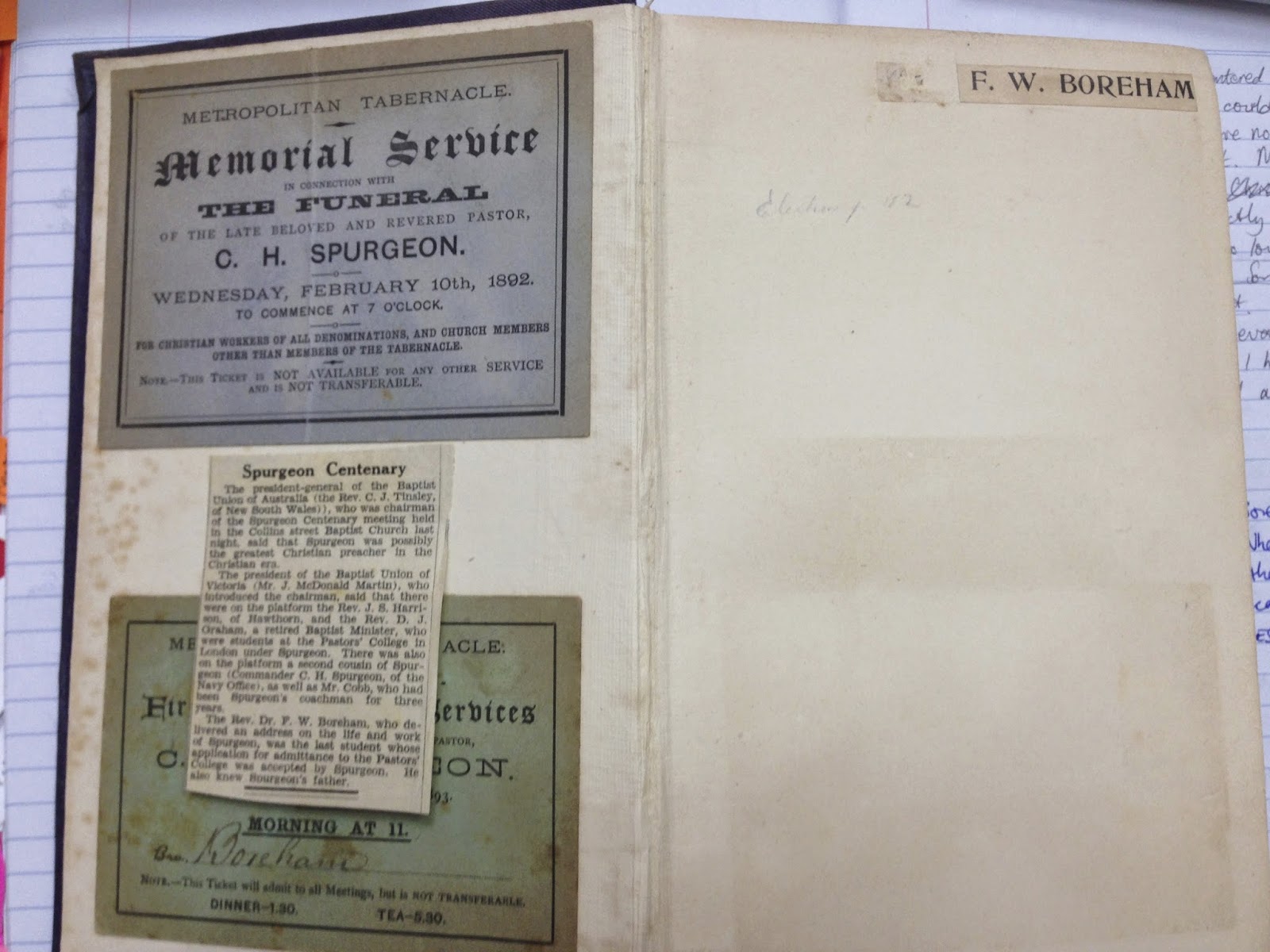 His benefactor arranged for a full scholarship for him at Pastors College. He was happy to be in College. As part of this he was assigned a small village church to oversee. At 22 he met a young woman in this church who won his heart. His heart was irretrievably smitten when he escorted her in the dusk moonlight and retrieved then returned her hat. Placing her broad-brimmed hat back on her head he looked into her eyes shimmering softly in the moonlight. Snared, but happier than ever. Unlike the worldly relationships of today, he took the Scriptures seriously which prescribed happiness with the love of your life. As a result, he was a perfect gentleman toward her. Happiness and delayed gratification always complement each other. After two years of blossoming friendship he gave her a first kiss and never kissed her again until they were married nearly a year later. They enjoyed 64 years of marriage which he described as the happiest years of his life. Together they had five children. One of their daughters died tragically when she was in her forties. He took up his pen and shared with the world the comfort he received from Psalm 23, called IN PASTURES GREEN. When happiness takes a break it is often relieved by times of comfort and joy.

He restores my soul.
He leads me in paths of righteousness
for his name's sake.
Psalm 23:3

He lived a happy life. He served three churches, the first in a New Zealand town of a thousand people where he says he was utterly happy and content to do so. After twelve years there he moved to Hobart and served there for ten years. It was during this time that their "special" daughter was born. She experienced continual night-terrors due to her incurable meningitus which led her daddy to hold her for hours on end in the middle of the night to bring her comfort. The church came to know that whenever their pastor stepped into the pulpit and spoke with unusual tenderness for a man of his times that the young princess had had a particularly troubled night. They saw their burdened pastor happy. He was happy to be married to his Sweetheart, to be the father of four daughters, and to pastor them through counsel and preaching.

Toward the end of his life, just weeks before he entered into infinite happiness, he was visited by Billy Graham who had read each of his 55 books. Dr Graham invited the aged sage to join him on the centre stage at the MCG as he launched his Melbourne evangelistic campaign. But he was happy to enjoy the pleasant company of just his wife instead of the adoration of over 100,000 appreciative people. At 88, despite the pain he felt in his amputated leg (which he had concealed from everyone including his family), he was deeply happy. He had learned and sought to share that happiness comes from living nobly. He showed millions from the pages of the Sacred Text what noble living entailed. But more than that he showed millions what the Sacred Text meant when it prescribed noble living.

Posted by The weekly pastoral blog of Dr. Andrew Corbett at 09:48

Email ThisBlogThis!Share to TwitterShare to FacebookShare to Pinterest
Labels: F.W. Boreham, f.w.b., fwb, happiness, happy, how to be happy