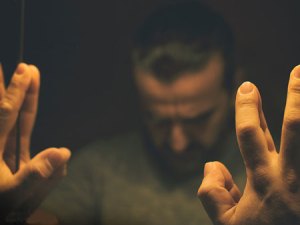 Disappointment with God is often caused by a misunderstanding about who God is and how His will intersects with our lives. Some of the most popular faith preachers boldly declare that it is never God’s will for His children to ever experience pain, sickness, or difficulty. These adversities, they declare, are the attacks of the Devil. By exercising the power of faith and making positive confession, they claim, such devilish adversities can be overcome. The problem is, of course, that despite how many thousands of devoted followers some of these faith-preachers have, reality bites each of them. There is of course great value in being an optimist and tending toward a positive outlook. In fact, I am about to make the case that if we adopt realism rather than optimism as our Biblically-informed outlook for life, we will be more wondrous of God than disappointed with Him. But to begin to achieve this, what I am about to say may shock you!

This is my first shocking statement: God’s highest purpose in decreeing anything is what glorifies Him; His highest purpose is not our happiness!
Yours, O LORD, is the greatness and the power and the glory and the victory and the majesty, for all that is in the heavens and in the earth is yours. Yours is the kingdom, O LORD, and you are exalted as head above all.
First Chronicles 29:11
¶ Not to us, O LORD, not to us, but to your name give glory,
for the sake of your steadfast love and your faithfulness!
Psalm 115:1
God does not exist to make us happy – He exists for His glory. The next time you hear a TV preacher tell their fans that “God wants you to be happy” replace the word ‘happy’ for holy. That which is holy is set apart to give God glory. By living lives which are dedicated to giving God glory we are putting our trust in the One we worship – even when we face difficulties.
¶ So, whether you eat or drink, or whatever you do, do all to the glory of God.
First Corinthians 10:31
For those that know me, and some of the challenges that I have faced over the past few years, you know that this is not just a theory for me. I now travel through this life with an uncooperative body. At times it feels as if it is fighting me. As I write this, I am in a good deal of discomfort. But I have learned to lift my open hands to heaven in surrender to God, rather than to lift a clenched fist and shake it at God. Before I explain what the Scriptures teach about divine decrees, I fear I risk being misunderstood at this point. Life is not a choice between happiness or holiness. Life’s true happiness only comes from committing our hearts and minds to living holy lives.

However, in the first year of Cyrus king of Babylon, Cyrus the king made a decree that this house of God should be rebuilt.
Ezra 5:13
We don’t live in a society which is subject to decrees. Time was when the Monarch could decree something for their realm and it had the force of Law without the approval of any other legal body. Even though the President of the United States has the Constitutional power to pronounce a Presidential Decree, it is a power which is rarely used. Australia has nothing equivalent to this. Thus, when we read of God decreeing certain things, our cultural filter may cause us to ask whether God had the consent of the Congress or Parliament to do such a thing?
This is the wicked man’s portion from God,
the heritage decreed for him by God.”
Job 20:29
Unlike the decrees of Monarchs or Presidents, God’s decrees are always wise, good, and right – even though we may not agree with them / understand them /  accept them. In the Old Testament, we read that God decreed destruction for Jerusalem twice – during the time of Jeremiah by the Babylonians (Jer. 11:17) so that ultimately The Messiah could come, and then in 70AD by the Romans to bring an end to the elements of the Old Covenant after the Christ had established the New Covenant (Dan. 9:24, 26). I’m sure that this didn’t make sense to the inhabitants of Jerusalem at the time.
Rather than assuming God has lost control when difficulties come our way, it might be, and here is my second shocking statement, that God has decreed such difficulties for our good and His glory!
Two recent stories powerfully illustrate this truth. The first was a novel written a few decades ago by the Fellow of Medieval Literature at Oxford University, called The Horse And His Boy. The second was an Academy Award nominated (x 6) movie about a Tasmanian boy released in 2016, Lion – A Long Way Home. Both stories bare remarkable similarities. A young boy is taken from his home in his infancy, in what appears to be a random accident, and is eventually found by someone who raises them as their own son. But their upbringings are stained by a sad ache – sehnsucht – for what they later realise is a longing for their true home. In the novel, the boy, Shasta, is befriended by a talking horse, Bree, and is rescued one night as they together sneak away from their respective cruel masters. But no sooner had they left the tables than a pack of ferocious lions pursues them into the dark forest. Once in the forest they are separated and Shasta is stalked by the lions and soon discovers that although it had sounded and seemed like “lions” it was in actuality only a Lion.

Pearl Ming’s depiction of The Horse And His Boy
Shasta bemoans his current predicament and laments the journey of his life to its now apparent end as he awaits to be eaten by this Lion who is driving him up a steep mountain this foggy night. To his surprise, the Lion responds and it soon becomes apparent that this is no mere lion, it is the Lion: Aslan.  Aslan tells Shasta that all that has happened to him was decreed by Him! Shasta is bewildered. But then, as he trusts Aslan and walks on, he discovers his true identity. He is no mere slave boy – he is the rightful King of Narnia! If Aslan had not “hurt” Shasta through all the adversities he had had to deal with, he could never had been able to claim his throne.
Saroo Brierley was born Sheru Munshi Khan and was played by Dev Patel in the movie- LION, A Long Way Home. 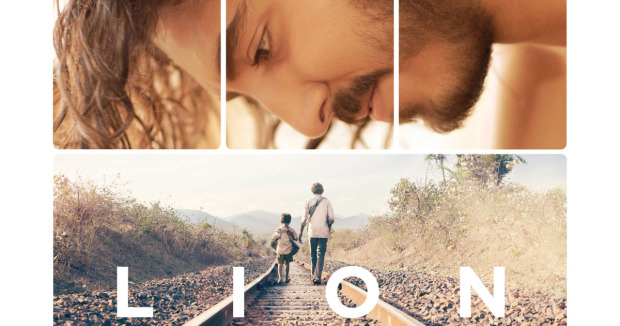 The similarities between the two stories is profound despite one being a novel and the other being a true story – with the notable exception that there is no talking Lion in Saroo story, but remarkably at the end of the movie, there is a postscript where we learn that Saroo had been mispronouncing his name. Instead of “Saroo”, he was actually named “Sharoo” which means “lion”. At the end of the story we learn that if all these setbacks had not befallen Saroo throughout his life, he may well have been killed in his childhood as indeed he discovered his brother had been. Saroo’s story looked like there was some invisible Guiding Hand on his life. (I will be very interested to where his story ends up with such evidence of Divine Decrees guiding his life to this point.)

WHY I’M NOT A TELEVANGELIST

By now you can see why I’m not a televangelist! The message that God decrees difficulties for our lives doesn’t sell well. But it is Biblical. It is evidenced in the greatest and holiest man who ever walked the planet. It is seen in the lives of those who truly came close to God and resembled a Christ-like life down through the ages. And I can confidently say that the people who most inspire me today to walk closely with Christ are those people who lift their eyes, hearts and hands to heaven in worship while in the midst of God’s difficult decrees for their lives!
And when they had inflicted many blows upon them, they threw them into prison, ordering the jailer to keep them safely. Having received this order, he put them into the inner prison and fastened their feet in the stocks. ¶ About midnight Paul and Silas were praying and singing hymns to God, and the prisoners were listening to them
Acts 16:23-25
Ps. Andrew
Posted by The weekly pastoral blog of Dr. Andrew Corbett at 13:06