LIFE IN THE SPIRIT - Why Christianity Is Not A Mere Religion

It has been said that the thing which makes Christianity unique in comparison with other faiths is that it is a relationship rather than a religion. This is at least true. It is indeed a relationship between the redeemed and the Redeemer. But its beauty goes still deeper. This depth is wrought by the Holy Spirit in, on, through and around the redeemed. His redeeming work of captivating, convicting, converting, transforming, and commissioning the ransomed-redeemed of the Lord begins before it is too late. The Holy Spirit Himself, who (along with the Father and Son) uniquely possesses omnipresence, is mysteriously able to draw alongside an individual rebel and patiently woo their rebellious heart away from religion toward a relationship with the Jesus – and then take them deeper into the beauty of Christ.
But the Helper, the Holy Spirit, whom the Father will send in my name, he will teach you all things and bring to your remembrance all that I have said to you.
John 14:26 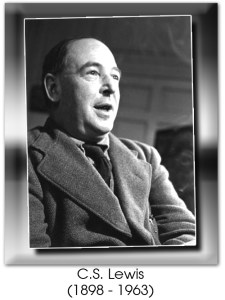 When this wooing was felt by C.S. Lewis in the Trinity Semester of 1931, he described himself as, “The most dejected, reluctant convert in all England!” However, not everyone experiences such a spiritual conquering. F.W. Boreham for example, was raised in a church-going family, but had not experienced the Holy Spirit’s redeeming transformation until around 1890. Like Lewis, he came to the realisation that his religious efforts were grossly inadequate to qualify his soul for acceptance by God. He turned to the Saviour, was baptised, then received the laying-on-of-hands with the prayerful injunction to receive the Holy Spirit. F.W. Boreham suddenly experienced an infilling with the Holy Spirit which he said resulted in his inability to feel the ground beneath his feet for the next week or two! It appears that he was baptised with the Holy Spirit subsequent to his conversion to Christ. He, of course, is not the only one who has experienced the promised baptism with the Holy Spirit subsequent to their conversion from rebellion to redemption. Millions of the Christ-redeemed have then also experienced an overwhelming of spiritual awareness and presence which has opened them up to a realm of supernatural gifts, phenomena, and intimacy with Christ. This has then introduced these followers of Christ to a deeper, richer, closer, sweeter walk with their Lord. Have you experienced this in your relationship with Jesus?
¶ “But when the Helper comes, whom I will send to you from the Father, the Spirit of truth, who proceeds from the Father, he will bear witness about me.
John 15:26
NEW LIFE IN THE SPIRIT 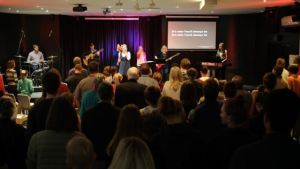 The Spirit’s work of conversion in the rebel begins with conviction of sin (John 16:8). A lingering sense of guilt and shame is a sure sign that the Holy Spirit is active in a soul. By His persistent grace He woos and drives the rebel to accept God’s gracious offer of forgiveness, soul-cleansing, and adoption. Upon acceptance of God’s love and grace, the Holy Spirit converts the rebel into a born-again follower of Christ.
Conversion.
Jesus answered, “Truly, truly, I say to you, unless one is born of water and the Spirit, he cannot enter the kingdom of God.
John 3:5
Too many people have been lulled – nay, duped – by certain socialising pressures (perhaps family upbringing and church tradition) into thinking that Christianity is merely about behaving like a Christian – attending church, owning a Bible, giving to charity. But unless a person has experienced the inner work of conversion by the Holy Spirit, they are not yet a Christian. It is at this point that the converted rebel realises that Christ substituted Himself for them and bore their penalty of their divine rebellion. Have you been born-again by the Holy Spirit?
If the Spirit of him who raised Jesus from the dead dwells in you, he who raised Christ Jesus from the dead will also give life to your mortal bodies through his Spirit who dwells in you.
Romans 8:11

TRANSFORMED BY THE SPIRIT 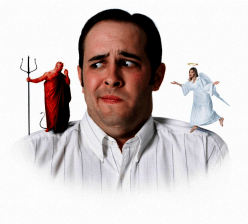 ‘Sanctification’ means to make holy, separate from the ordinary. The work of the Holy Spirit does not cease upon the conversion of the rebel into the redeemed. Although, in the eyes of God, the redeemed rebel is perfectly sanctified upon their conversion, there is still an earthly process of sanctification. This process puts to death those rebel-qualities of self-centredness and brings to life those Christlike traits of service to others.
Sanctification.
I am speaking in human terms, because of your natural limitations. For just as you once presented your members as slaves to impurity and to lawlessness leading to more lawlessness, so now present your members as slaves to righteousness leading to sanctification. But now that you have been set free from sin and have become slaves of God, the fruit you get leads to sanctification and its end, eternal life.
Romans 6:19, 22
The external fruit of sanctification is seen in how we speak, use our time, money and talent, relate to others, and is rooted in the innerwork of the Holy Spirit transforming the rebel into the redeemed. How has the Holy Spirit sanctified you since your conversion?

EMPOWERED IN THE SPIRIT 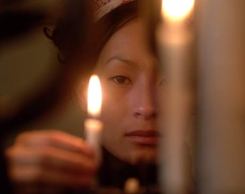 After Christ had atoned for sin, He breathed on His disciples and commanded them to receive the Holy Spirit (Jn. 20:22) and then told them to wait for this Promised infilling with the Spirit (Acts 1:4). When the Promised baptism with the Holy Spirit began on the Day of Pentecost, the believers began to prophesy and/or speak in tongues (Acts 2:6). The Apostle Paul would later write that speaking and praying in tongues served different purposes. Speaking in tongues, with associated gift of interpretation, was equivalent to prophecy (1Cor. 14:3), whereas praying in tongues required no interpretation because it was speaking to God (not people) (1Cor. 14:2). The Apostle also revealed that tongues (unlearned languages) could be a language of men or a language of angels (1Cor. 13:1). When speaking to God in tongues, this form of praying is able to edify the believer (1Cor. 14:4) and build them up. One of the nine mentioned gifts of the Holy Spirit is also a type of tongues. It appears that this type of tongue is the aforementioned equivalent to prophesying.
If you then, who are evil, know how to give good gifts to your children, how much more will the heavenly Father give the Holy Spirit to those who ask him!”
Luke 11:13
The Baptism With The Holy Spirit. 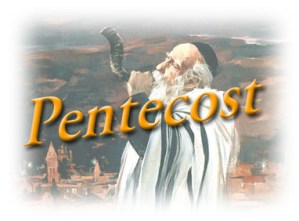 Jesus said that He would send the Holy Spirit to comfort, counsel, guide, strengthen, and empower. He said that when His followers would be baptised with the Holy Spirit, they would be empowered to witness about and proclaim Christ and His Gospel. We see on the Day of Pentecost (Acts 2), that the previously timid, awkward, inarticulate, Apostle Peter was transformed into a bold, courageous, passionate, persuasive and articulate herald of the Gospel of Christ’s Kingdom (Acts 2:14).
And they were all filled with the Holy Spirit and began to speak in other tongues as the Spirit gave them utterance.
Acts 2:4
In closing his ‘second’ epistle to the Corinthians, the Apostle Paul sketches the believer’s interaction with each member of the Godhead, and he shines a warm light on the role that the redeemed can enjoy with the Holy Spirit-
¶ The grace of the Lord Jesus Christ and the love of God and the fellowship of the Holy Spirit be with you all.
Second Corinthians 13:14
Our fellowship with the Holy Spirit distinguishes Christianity from mere religion. The redeemed’ fellowship with the Holy Spirit is what makes Christianity a living, vibrant, relationship with Christ. It involves the illumination of God’s Word, the reception of God’s voice in the hearts of the redeemed, the leading of the Spirit into wise choices, supernatural empowering to speak and bear witness to Christ’s Lordship, and a continual sense of God’s loving overshadowing presence.
And do not get drunk with wine, for that is debauchery, but be filled with the Spirit,
Ephesians 5:18
Don’t treat your Christianity as a mere religion. Instead, let us realise what it actually is – the Spirit-filled life! Let us grow in our life in the Holy Spirit, and continue to go deeper and sweeter with Christ in our knowledge, character and choices.
Ps. Andrew Corbett
Posted by The weekly pastoral blog of Dr. Andrew Corbett at 09:06