Where Do We Find God?

One of the most universal truths known to man, yet injuriously denied by those with a vested interest in doing so, is that man can find God. Two thousand years ago a large kith of Zoroastrians arrived in Jerusalem to do just that and every Advent Season we remember them in a distorted fashion...


¶ Now after Jesus was born in Bethlehem of Judea in the days of Herod the king, behold, wise men from the east came to Jerusalem,
MATTHEW 2:1 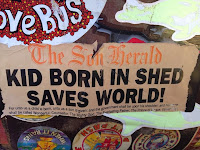 These "wise men from the east" (Greek, 'Magoi', transliterated into English as Magi) would have held to the traditions established by 6th century BC mystic, Zoroaster. He claims that he experienced God who revealed to him that there was a Satan who opposed the purposes of God, but one day God would send forth His Son into the world to vanquish Satan and save mankind. For centuries the followers of Zoroaster's revelations were looking for any phenomenological signs that God was beginning to fulfil this prophecy. When they observed a strange star in the west, they suspected this might be it. A company of around 600 kith were assembled to follow this roving star from Persia. Eventually they arrived in Jerusalem.

saying, “Where is he who has been born king of the Jews? For we saw his star when it rose and have come to worship him.”MATTHEW 2:2

When Herod the king heard this, he was troubled, and all Jerusalem with him; and assembling all the chief priests and scribes of the people, he inquired of them where the Christ was to be born. They told him, “In Bethlehem of Judea, for so it is written by the prophet:
MATTHEW 2:3-5

"It is written", these chief priests were familiar with God's 'second Book'. The Magi weren't. By adding to their knowledge of God's book of Nature from the more authoritative book of Scripture, the Magi were able to find God and fulfil their commitment to "worship Him."

¶ “‘And you, O Bethlehem, in the land of Judah, are by no means least among the rulers of Judah; for from you shall come a ruler who will shepherd my people Israel.’”MATTHEW 2:6

What is striking about this episode is that the Chief Priests knew from their study of Scripture where the Christ was to be born (Micah 5:2). But they would have (or at least should have) known about when He was to be born based on Daniel 9:25-27 which linked the appearing of the Messiah to the decree to rebuild Jerusalem's walls. Yet, despite this highly prized priestly knowledge they were not interested in seeking the Messiah! Unacceptably, it is often the so-called "religious" who are the least helpful in assisting people to find God! These Chief Priests had the knowledge of the most authoritative book, Scripture, but they did not have knowledge of God.

And he sent them to Bethlehem, saying, “Go and search diligently for the child, and when you have found him, bring me word, that I too may come and worship him.” MATTHEW 2:8

Neither are political authorities a reliable source of direction to finding God. King Herod was selfish, evil and deceitful. These are precisely the qualities that inhibit anyone from finding God.

After listening to the king, they went on their way. And behold, the star that they had seen when it rose went before them until it came to rest over the place where the child was. When they saw the star, they rejoiced exceedingly with great joy. MATTHEW 2:9-10

This 'star' led them to Christ. Sometimes God places 'stars' in people's life in order to lead them to His Son. These 'stars' may be a converted friend, or a strange set of circumstances that leads them to ponder to eternal things. When these wise men found Christ it was the occasion for exceeding joy. It always is. Even today. The Magi were about to discover that God has a third book, His Living Word, the Logos, the Word Made Flesh, His Son. 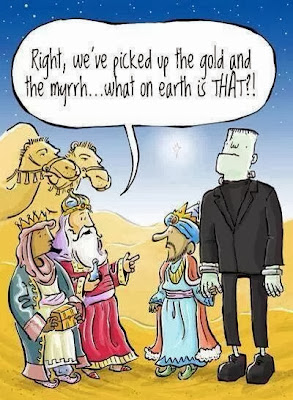 And going into the house they saw the child with Mary his mother, and they fell down and worshiped him. Then, opening their treasures, they offered him gifts, gold and frankincense and myrrh.MATTHEW 2:11

Their gifts reflect something profound about who this Christmas Child truly was. Gold, because He is a King. Frankincense, because He is the Priestly Mediator between God and Mankind. And Myrrh (the spice used for preparing dead bodies), because He is the Sacrifice for the sins of the world. They offered these gifts and we too are reminded that to find God we must approach Christ and acknowledge Him as our King, High Priest and God, and the Atonement for our sins.

Posted by The weekly pastoral blog of Dr. Andrew Corbett at 22:40