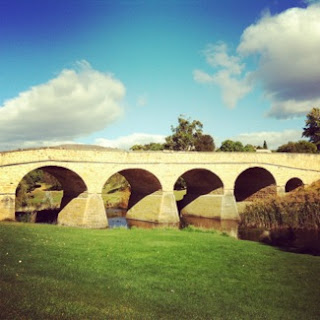 Joseph Scriven was in love. The day before his wedding he had arranged to meet his bride-to-be for a romantic tryst just outside Dublin. As she rode her trusty horse over the bridge where her love was waiting for her on the other side, the horse was startled and bucked her off into the River Bann below where she drowned. He wrote to his mother that his world had collapsed. He recovered and fell in love with Miss Falconer whom he intended to marry only to have his rival steal her heart. Heart-broken he left for Canada. He eventually fell in love again. But just before he married, his fiancé suddenly contracted pneumonia and died. He then wrote another letter to his mother that would be immortalized in verse for generations to come. 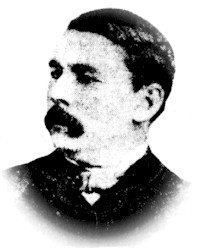 Joseph Scriven undoubtedly asked God "Why!?" It's a question that is asked which invites a non-verbal response, such as a hug, or simply time given listening to the anger, doubts, and frustrations of the hurt. Many people have found God in such inexplicable pain and loss. In asking God "Why?!" they soon discover that what they thought was God's silence was actually God's response. Us ponderous types tend to analyse and dispense theoretical answers to such questions from the hurt and broken who are battling the tragic loss or dibilitating injury of a loved one, while the more wiser among us are not entering into such vain exercises. Instead, they are making meals, mowing lawns, baby-siting children, washing clothes and answering phone calls. In the midst of Joseph Scriven's pain he found solace in not being the beneficiary of love but the giver of it.

Joseph Scriven found Christ in the eye of his storm. He began to look for opportunities to serve. He was seen around Port Hope, Ontario, chopping wood and milking cows to help certain widows out.

Scriven became a familiar sight around Port Hope, a big man with bushy white hair and full white beard, carrying a buck and a bucksaw, offering to cut wood for anyone who was unable to cut his own or pay someone to do it for him. But he wouldn't cut wood for hire.
History of Port Hope, Ontario, Canada*

Battling heart-ache, grief, troubles, disappointments, discouragements, temptations, and sorrows, Mr Scriven found Christ as his Healer, Burden-Bearer, Refuge and Solace. I was reminded of these things today after I had my morning meditation from Second Timothy where the aged apostle Paul lists those who had either "left" him, "betrayed" him, or "damaged" him.

¶ You are aware that all who are in Asia turned away from me, among whom are Phygelus and Hermogenes...For Demas, in love with this present world, has deserted me and gone to Thessalonica. Crescens has gone to Galatia, Titus to Dalmatia.Second Timothy 1:15; 4:10

Despite all that had happened to Joseph Scriven, he turned to Christ rather thanfrom Christ. It is utterly bewildering that someone would be let down by a fellow believer and turn away from Christ! Firstly, it is not only possible to continue to love someone who has disappointed you and let you down - it is imperative that you do so. A casual reading of Colossians 3:12-14 seems to demand that our loving each other be done against the backdrop of reasons for strained relationships with each other. The next time you are offended by, disappointed with, angry about, another Christian, don't burn the relationship! Especially don't curse your church because of it. Rather, turn to Christ for the grace and strength to be able to fulfil Colossians 3:12-14 (and Romans 12:9-21). Secondly, don't hold Biblically uninformed views about what you can expect from those you love or those who love you. It is very possible for those who love you to let you down. Someone can still love you even though they disappoint you. Joseph Scriven found all of this to be true.

¶ Put on then, as God's chosen ones, holy and beloved, compassionate hearts, kindness, humility, meekness, and patience, bearing with one another and, if one has a complaint against another, forgiving each other; as the Lord has forgiven you, so you also must forgive..
Colossians 3:12-13

What a friend we have in Jesus,
All our sins and griefs to bear!
What a privilege to carry
Everything to God in prayer!

O what peace we often forfeit,
O what needless pain we bear,
All because we do not carry
Everything to God in prayer.

Have we trials and temptations?
Is there trouble anywhere?
We should never be discouraged
Take it to the Lord in prayer!

Can we find a friend so faithful,
Who will all our sorrows share?
Jesus knows our every weakness
Take it to the Lord in prayer!

Are we weak and heavy laden,
Cumbered with a load of care?
Precious Saviour, still our refuge
Take it to the Lord in prayer.

Do thy friends despise, forsake thee?
Take it to the Lord in prayer!
In His arms He'll take and shield thee
Thou wilt find a solace there.

"No longer do I call you servants, for the servant does not know what his master is doing; but I have called you friends, for all that I have heard from my Father I have made known to you."
John 15:15

Andrew
Posted by The weekly pastoral blog of Dr. Andrew Corbett at 23:06

Email ThisBlogThis!Share to TwitterShare to FacebookShare to Pinterest
Labels: Joseph Scriven, What a Friend We Have In Jesus