Christianity has a few non-negotiable beliefs which we might call "primary issues. These primary issues are emphasized in the teachings of Christ found in the Gospels, the teaching of the apostles as found in the Epistles, and the overall themes of the Bible. These issues are the matters of "first importance" (1Corinthians 15:3). These are the issues that have a direct bearing on how we regard God, ourselves, the nature of God's revelation, salvation, and our destiny. 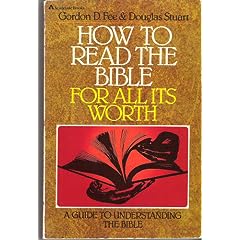 It's rarely the issues of primary importance that divide Christians. It's more often than not, the secondary issues that end up dividing Christians. In the classic book on understanding the Bible by Gordon Fee and Douglas Stuart ("How To Read The Bible For All Its Worth") they make this case. In their section on how to interpret the Book of Acts, Fee & Stuart argue that Acts is a narrative with a message. But this message is not about how churches should be structured, or even a treatise on the roles within a church. These are secondary issues that might be supported from the Acts' account, but it would be wrong to think this was the purpose of Acts. 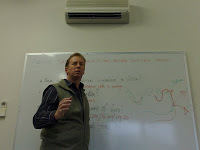 The primary issues of Christianity have to do with uniqueness of Jesus Christ as the eternal second member of the Trinity; the fallenness of all mankind into sin; the singular plan of God to atone for mankind's sin; the absolute necessity for a person to be regenerated by the Holy Spirit (so that they can receive the divine gifts of faith, repentance and salvation); the inerrancy of the Scriptures as revealed in the 66 books of the Bible; and the evidence of the Holy Spirit's activity in a believer through sanctified fruitfulness and spiritual gifts.

Most denominations within Christianity are built around secondary issue differences. But of late, there has been a curious attempt to redefine Christianity by abandoning the primary issues and replacing them with mere spiritual practices such as contemplation, meditation, and forms of self-denial as if these were the actual primary issues.

2Timothy 3:5 having the appearance of godliness, but denying its power. Avoid such people.

This pseudo-Christianity diminishes the importance of Christ and elevates the place of man. It proposes that all men are actually equal to Christ since he too was just a man. It was only because Christ became conscious of the divine within him, that he became 'enlightened'. Thus, his death on the Cross was a tragic waste- rather than the core of the eternal plan of God the Father Almighty to redeem mankind.

Which ever approach you take to understanding God and the person of Jesus Christ determines how you regard life and the after-life. The consequences of taking a wrong approach are rather eternal.
Posted by The weekly pastoral blog of Dr. Andrew Corbett at 14:51