BREAKING THE CYCLE OF POVERTY 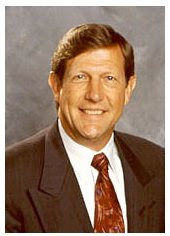 I recently read Dr Wess Stafford (pictured left) book, "Too Small To Ignore - Why Children Are The Next Big Thing". This books exposes the atrocious childhood experiences that Wess had when he grew up as a missionary's kid in nation of Ivory Coast. It was the policy of the denomination that his Dad was a missionary for, that all missionary kids had to attend the denominational boarding school several days drive away. While at Boarding schooling for nearly 6 years young Wess was subject to constant abuse (of every kind) as were nearly all of the other children attending this school. This horrendous experience could have embittered young Wess against Africa and against the Lord (since his abusers were Christian missionaries!), but he left Africa with great compassion for Africa and for the cause of Christ. 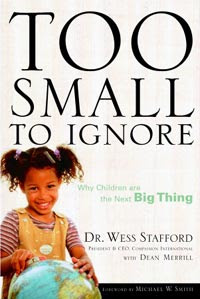 It would take another 50 years for Wess before he would come to terms with what happened in his early schooling which eventually resulted in justice being done. But along the way, Wess developed an even deeper compassion for the world's poor. Eventually he would go on to become the President of Compassion International where he would advocate for the world's most vulnerable poor: children in poverty. Wess now champions a concern that should concern us all- How do we fight poverty on behalf of the world's poorest and most vunerable people?

Having grown up in Ivory Coast and then working in Haiti, Wess is well qualified to address this issue. He says that nations need a Six Spoked Strategy. Here is a summary of his proposition-

"In Haiti, the poorest nation in the Western Hemishere, the average peasant family earns $140 a year... To send a child to school costs $50 a year " (Stafford, page 176).

The economy of a nation is critical to the well-being of that nation. If the national economy of a country is marked by a gross imbalance of trade (where a country does not export enough to 'pay' for its imports) it is likely to inflict poverty upon its citizens. Governments need to manage their economies well by avoiding and minimising debt and increasing national productivity, argues Dr Stafford.

"A big part of health maintenance, of course, is getting adequate nutrition. Some people think the earth can't keep up with the food needs of its population. This is not true. In fact, the UN Food and Agriculture Organisation (FAO) declared at a World Food Summit in Rome that the planet could produce enough food for every one of us to hav a daily diet of 2,720 calories. The average six-year-old needs only 1,800 calories a day. The average fourteen-year-old girl needs 2,200 and the average fourteen-year-old boy needs 2,500." (Stafford, page 177).

A balanced diet, clean water, sanitation, adequate shelter, and availability of necessary medicines are some of the basics needed to provide sufficient health care that all too often those nations in poverty are deprived of.

"What you don't know can't hurt you" is a lie, says Dr Wess Stafford (page 178). Being able to read can literally save lives and break cycles of poverty. Yet such a basic art is often denied to the world's poorest.

Trees, fresh water, sanitation, all matter. Agriculture is called "primary" industry for a good reason. In Haiti, Dr Staffords tells, greedy foreigners cleared entire forests for the rich supply of timber. Today the forests are all gone. This has radically changed Haiti's ecology. Trees help to preserve water, maintain soil nutrients, and act as a cooling agent. But Haiti is now in virtual perpetual drought. As rain clouds come over the once tropical Haiti the intense heat of the now bare ground drives the rain clouds up into higher altitude and then past Haiti.


5. SOCIOPOLITICAL
Governmental corruption leads to national poverty. Good government facilitates national well-being. Democracy may not be the best way to govern a nation, wrote CS Lewis, but it's the best form of government that we have. A functioning democracy is an all too rare occurence among the poorest nations. A deep sense of vocation and calling is needed by all those in Public Service so that the gravity of their responsibility is carried out with a sense of dutiful diligence without fear or favour.


6. SPIRITUAL
A wrong understanding of God and what appeases Him can lead to poverty. A right understanding of God helps avoid poverty, says Dr Stafford. He has seen many nations whose predominant understanding of "God" was largely superstitious and idolatrous resulting in worship practices that designated certain people groups to perpetual poverty without compassionate relief from their countrymen. The Gospel of Jesus Christ is Good News for the poor, the marginalised, women, and especially children. It is imperative that Christians do not shrink back from proclaiming Christ as Saviour, and the Hope of the World.

Acts 4:12 And there is salvation in no one else, for there is no other name under heaven given among men by which we must be saved.”

Wess Stafford says that all this must start with children, who he argues are the most vulnerable members of a society. He gives some remarkable statistics about the potential to shape a person's life and values if they can be influenced before they have turned 21. As I read Dr Stafford's book, I thought that it is not just the poorest nations that need to continually work on this six-spoked strategy. Our own nation could benefit greatly if Christ-followers worked toward shaping our own governments to implement this same six-spoked strategy.
We should encourage those followers of Christ who are involved in any of the six vital areas of cultural influence that their work is work of worship, devotion to the cause and glory of Christ and that what they do (no matter how mundane and unappreciated) has the potential to safeguard the welfare of many people who would otherwise be the victims of a Christ-less bureaucrat. 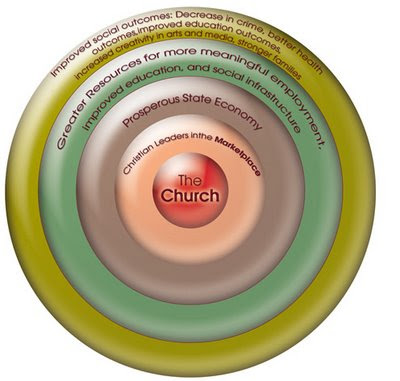 1Corinthians 10:31 ¶ So, whether you eat or drink, or whatever you do, do all to the glory of God.

Amen.
Posted by The weekly pastoral blog of Dr. Andrew Corbett at 08:36