Stewardship and the Gift of Giving

Stewardship is a word to describe the management of someone else's property. We are all stewards - since everything (including our lives) belongs to God. Good stewards not only preserve other people's property, they add value to it. This was the point of Christ's Parable of the Talents in Matthew 25. He commended the steward who multiplied his master's talents (a talent is a measurement of gold which equates to about 25kg).

As a pastor I want to help equip people and make room for them to use their gifts. And this has got me thinking. Gifts. I want people to realise, accept, and use their God given gifts. But even though this is what I want, I don't think I've achieved this very well in our church. Over the years I have tried to encourage those who I have observed having one of the gifts mentioned in Romans 12. Except for one of those gifts. This was reinforced to me last week when I had a regular lunch with a Christian businessman. He said to me that doing business was a gift from God. Unwittingly, he provoked in me thoughts of my own ministerial failure in omitting to encourage all the gifts mentioned in Romans 12. But before I make full confession, I need to preamble some more...

"Stewardship" to many Christians simply means the church asking for a bigger donation. Some preachers have even turned this into a prominent international money spinner. These preachers are called "Prosperity Preachers". They preach "The Prosperity Gospel". I deal with this false Gospel in a little more detail on our Finding Truth Matters site. Needless to say, that the Prosperity Preachers appeal to miraculous-quick-fix-formulas to solve their problems and grant their wishes. And this formula is usually very simple: give to this ministry and you will prosper. Giving to get is not the Biblical motive for giving. 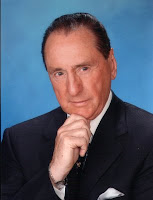 And this brings me to my confession. Of all the motivational gifts mentioned in Romans 12:6-8 (like: teaching, prophecy, leading, encouraging, serving, or mercy) there is one that I have omitted. Of these six motivational gifts, they are easy to identify, celebrate and encourage. But the spiritual gift which I have omitted, giving, has always seemed to be a different type of gift to the others. After all, Jesus said that giving should be done quietly and secretly (Matthew 6:2). This seems to put the ministry of giving in a different category. But upon closer examination I'm not sure that what Jesus said in Matthew 6:2 doesn't apply to each of the spiritual gifts- not just giving. Either way, I have not given due consideration to how I encourage those with the spiritual gift of giving. My recent interactions with Mr Peter Daniels, whom I have long admired, have added to my realisation that I have not been very good at equipping those with this gift. With Mr Daniels' upcoming visit to Tasmania, I am planning to learn how to rectify this personal ministry shortfall. I would especially encourage other pastors to attend the luncheon on Monday 10th November where Mr Daniels will address this issue and show how churches can more wisely fund their missions. 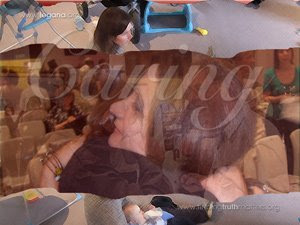 One of the most precious stewarding opportunities we each have is to care for each for other. Our love, our fellowship, our friendship for each other is something we all must give and steward. As we meet on Sundays and through the week in our small groups, I pray that we can all reflect on the wonderful gift of Christian fellowship that God has given us all by connecting us together. Over the coming weeks as we welcome Mr Peter Daniels (who is an expert in stewardship) and Mike Berry, perhaps we can deepen our ability to be better stewards of all that God has given us. And hopefully I can grow in my ability to steward my gifts by learning how to better encourage and equip people with any of the spiritual gifts.

Andrew Corbett
Posted by The weekly pastoral blog of Dr. Andrew Corbett at 19:32 No comments: Links to this post

Being Led By The Holy Spirit...

Please excuse the understatement in the next statement: When we become a Christian we are totally changed by the Holy Spirit. Those who have even a partial appreciation for what the Holy Spirit has actually done in the believer will probably be aghast at the depth of such an understatement. Becoming a Christian is a transformation achieved by the Holy Spirit within us where we we become "brand new" (2 Cor. 5:17). We then become Spirit-led followers of Christ. This is no small thing. Before conversion, an unbeliever is led by all different kinds of things (passions, appetites, whims, feelings, ambitions). But so encompassing is the transformation of the Holy Spirit in our lives that we are not only re-identified internally but it becomes obvious to all that we are now re-directed as well. This is not merely an event, but an ongoing work of the Holy Spirit within us. The Bible doesn't say we have been led by the Spirit, but that we are being led by the Holy Spirit. And this leading is not some mere theoretical idea or even a theological topic for indepth Bible study- it is a dynamic power that makes authentic Christianity unique.

For some Christians the answers to these hazards is to simply avoid the issue all-together or simply reject the idea of any ongoing activity of the Holy Spirit in the life of the believer. They appeal to the need to only live by the Word of God (the Bible) and there is no need to seek any further leading or guidance. This phenomenally timid approach to Christianity can look highly religious, very dignified, and very respectful. But could these descriptors be applied to the first Christians?

Hardly! These first century Christians were deeply spiritual and more importantly: Spirit-led. To be sure, they produced the fruit of the Holy Spirit, but they clearly exercised supernatural, spiritual gifts that were literally phenomenal (prophecy, speaking in tongues, interpretation of tongues, casting out demons). They were led by the Holy Spirit to go out into remote areas to meet with foreign diplomats to share the Gospel with them at just the right time. They were inhibitted by the Holy Spirit from entering certain territories. They were given dreams, visions, and revelations from the Holy Spirit which served to build up the local church and extend the Kingdom of God. Did this "charismatic" ("Spirit gifted") phenomena cause problems in the early Church? Absolutely! But the apostles didn't then prohibit believers from being Spirit-led, rather they issued instructions that such activity be carried out wisely, maturely, and "in order".

How could Paul prescribe wisdom, maturity and orderliness with Spiritual phenomena? He could do this because of his understanding of "authority". He did not place such gifts or leadings on the same level of authority as the Bible. Neither did he regard such things as equal in authority to Old Testament prophecies (which are from God and without error). He seems to regard the gifts described in the New Testament as being of a different kind of authority. As such, he assumes that it is possible for believers to miss, misunderstand, or misinterpret the leading of the Holy Spirit. Therefore, he says that when someone exercises a gift they feel that the Holy Spirit has led them to share, other Spirit-led believers should evaluate and discern whether this believer has missed, misunderstood, or misinterpreted that leading.

1Corinthians 14:29 ¶ Let two or three prophesy, and let the others evaluate what is said.

Paul the apostle would not have stood for the absurd rubbish that is sometimes offered by immature believers who say: "I couldn't control myself- the Holy Spirit just me took over" or "I had to prophesy - I had no choice!" To this, he responded-

1Corinthians 14:32 Remember that people who prophesy are in control of their spirit and can wait their turn.

Romans 8:14 For all who are led by the Spirit of God are children of God.

Andrew Corbett.
Posted by The weekly pastoral blog of Dr. Andrew Corbett at 16:07 No comments: Links to this post

Dedicated To Christ, Minute By Minute...

Last Sunday morning I mentioned an interesting man who left a great legacy and inspired multitudes to surrender to Christ. Frank C. Laubach determined that he would utterly commit his life to Christ. He wrote to his father from the missions field in Philippines that he was going to demonstrate a greater commitment to Christ than his Muslim audience demonstrated to Mohammed. To do this he told his father, he would take one second out of every minute and pray to God for help to do the will of God in that minute.

Frank Laubach had a distinguished career as a missionary and served with great effectiveness. He returned to the United States and was soon recruited as an advisor to the Whitehouse on US Foreign Policy and education reform. His incredibly sharp mind and public prominence may have caused many in power and the public arena to miss the true source of Laubach's inspiration and effective life: his utter devotion to the will of God, minute by minute.

Rather than being daunted by the idea of minute by minute surrender to God, when we view our walk with Christ as something that the grace of God enables us to practice, we realise that it is this same grace that forgives us, empowers us, and sustains us to go on even when we fail. That is the nature of "practice".

1Timothy 4:15 Practice these things, devote yourself to them, so that all may see your progress.

Hebrews 5:14 But solid food is for the mature, for those who have their powers of discernment trained by constant practice to distinguish good from evil.

May God help us to practice living in His presence.

Amen.
Posted by The weekly pastoral blog of Dr. Andrew Corbett at 14:42 No comments: Links to this post