Where Do "Values" Come From? 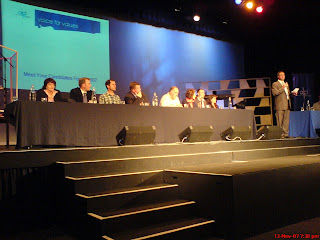 The impending Australian Federal Election has spawned a new vocabulary among the candidates. The old words that once featured prominently- economy, budget, inflation, unemployment, debt, trade - have taken a subjugated place to the new language of - family and values. I attended a forum of ten candidates last night where they each affirmed their belief in "family" and "family values". It seems that they've 'sniffed the wind'. But that's about where the commonality stopped. 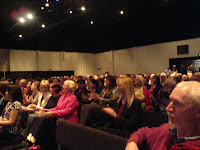 One candidate who was trying to appeal to the Christian Vote then claimed that while she was not a Christian, she shared the "values of Jesus". This, she said, was summed up by Christ's words: 'a fair go for all' - which she said was His core message. Hmmm...

So we have people who have family values and even share the values of Jesus yet don't support marriage, don't uphold the sanctity of life, don't believe following Jesus requires spiritual conversion, and even think that Jesus came to promote "a fair go for all". It seems that the word "values" is fast becoming nonsensical if people using the term would have us believe that white is black and black can be white!

Values come from convictions which then shape our ideas and opinions. Naturally our convictions are initially formed by beliefs which is the information we have received and considered to be aligned with the truth. Perhaps this is where people like me have failed in the information stage of values-formation when it comes to the "values of Jesus" because I and my colleagues have not adequately portrayed the Biblical Jesus to the values-forming public.