THE NICE THING ABOUT PROPHETS IS THEIR POPULARITY

I'm both fascinated and disturbed by Dr Geoff Pound's assessment of Australia's greatest essayist, F.W. Boreham, that it was his popularity that essentially led to him losing his prophetic voice.

Initially Boreham wrote on issues that affected his immediate readers. This started with his New Zealand period when he wrote on such things as New Zealand's involvement in the Boer War, back in the 1890s. After he moved to Australia, it incorporated issues relating to the First World War, the environmental, and education. But Dr Pound has documented, that as Boreham became increasingly popular and appreciated by both secular and Christian audiences, his prophetic voice waned. Boreham argued that he had to write for a broader audience and therefore wrote on matters eternal, infinite and immense. He aimed for his writing to be "timeless". And they are. Every time I read Boreham I marvel at some gem he shows me. But I am not his original audience. While the world was on the brink of war, Boreham wrote about everyday, even mundane, things. He saw this as a type of healthy distraction for his audience. But was it guised irrelevance? 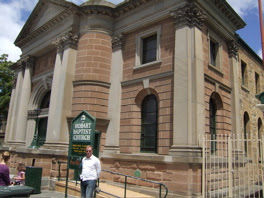 When Boreham arrived from the sleepy little Kiwi town of Mosgiel- just south of Duneden- he had been longing for a larger local audience. From his church of few dozen in New Zealand he moved to a church of a few hundred in Hobart. It looked like he had his larger local audience. Curiously though, when Boreham was writing his very localised essays from those converted sermons to his New Zealand dozens, it became amazingly obvious as the years went by that were actually being read by millions around the world! Boreham's international appeal was not undermined by his localised relevance but it actually seemed to be enhanced by it.

What I notice about Biblical prophets is that they are not motivated by being popular. Jeremiah, for example, said that he did not choose to be a prophet, and if he had a choice would have chosen something that was much more popular.

...I have become a laughingstock all the day;
everyone mocks me.
For whenever I speak, I cry out,
I shout, “Violence and destruction!”
For the word of the LORD has become for me
a reproach and derision all day long.
If I say, “I will not mention him,
or speak any more in his name,”
there is in my heart as it were a burning fire
shut up in my bones,
and I am weary with holding it in,
and I cannot.

Jeremiah wanted to be nice. But his message of truth would not allow him to be. God used him to accuse the government of moral corruption, the religious leaders of wickedness, and the other prophets of selling out. I guess Jeremiah could have made himself so busy with speaking engagements that he no longer heard from God and could then have used his God-given charisma to deliver audience-friendly messages that could have helped him to become "nice". But faithful prophets are rarely "nice". They are awkward. They are generally unmanageable. They are therefore not popular. 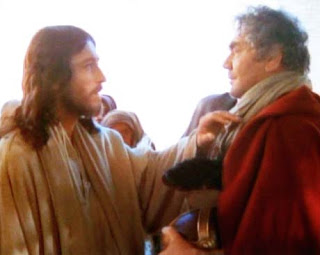 When the Ultimate Prophet came on the scene, the devil wanted to entice Him with the things that feed popularity: the kingdoms of this world, a demonstration of His power, and the power to produce food. But Christ refused. He often 'dismissed the crowds' to be by Himself (eg. Matthew 14:23). He is contrasted with those religious leaders who were bound by needing popular approval. John says of them that they "loved the praises of men more than God" (John 12:43). Jesus was not trying to be nice so that He could be popular- He was solely trying to honour His Father and give Him glory.

Of course the equation: GOD'S WORD+MESSENGER=NO POPULAR ACCEPTANCE , is not always true - just as a lack of populariity is no measure of God's approval or otherwise. Neither is it a fair equation to say that because a preacher is not "nice" he must be 'prophetic'. It might simply be that he isn't nice! But when the preacher decides to seek God's mind about into issues facing his local audience he must be prepared to forfeit popularity and enter into the world that the past prophets walked: one where they will be maligned, misunderstood, controversial, and persecuted. Not everyone will be called by God to such a ministry. In fact, you should pray that God wouldn't call you to such a ministry. But if God does and He gifts you with the medium of writing, and you find that your localised writing ends up having broader (and perhaps even global) appeal, consider heeding Dr Pound's lament of Boreham and by implication take his advice to maintain your prophetic voice rather than succumbing to being nice. There is little that is really nice about a popular prophet.